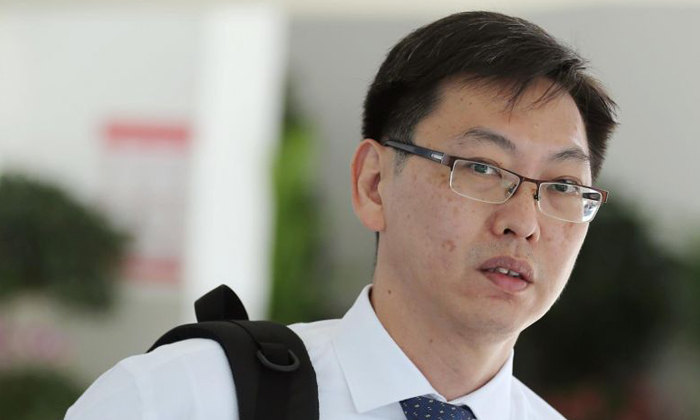 A woman who visited a doctor believing she had a "normal sickness" like flu or a fever ended up having her breast touched by him, a court heard on Tuesday (Aug 20).

When her boyfriend called family physician Lui Weng Sun to ask why he pulled down her bra cup and touched her breast, the doctor allegedly neither confirmed nor denied doing so - but said "sorry", adding that he needed to "check the things inside".

Lui, 46, is claiming trial to outraging the 24-year-old woman's modesty at a Northeast Medical Group clinic in Jalan Tiga near Old Airport Road in November 2017.

The woman and her boyfriend cannot be named due to a gag order to protect her identity.

Testifying in court on the second day of Lui's trial, the boyfriend told District Judge Jasvender Kaur that in the phone call, Lui used medical terms and said that he needed to "check the internal organs like the liver, the lungs and heart".

Speaking in Mandarin through an interpreter, the boyfriend added: "I told him, it's just flu and cough, there's no need to 'open' clothes...I told him I was hungry because I had just ended work.

"So, I asked him to call me back in one to two hours (and to ) think carefully of a reason to convince me."

According to the boyfriend, Lui called again soon after and reiterated what he had said.

The man testified that he then told Lui: "If indeed you needed to check the things inside, my girlfriend went there only for flu, cough and fever...And further, why wasn't there a nurse (around)?"

He added that Lui then asked him: "What do you want me to do?"

The boyfriend replied that he wanted Lui to give an explanation for his alleged actions, the court heard.

After hanging up, he discussed the matter with the woman and alerted the police.

If convicted of molestation, Lui can be jailed for up to two years and fined or caned.