A woman who ordered food through Foodpanda was left horrified when she realised her order was handled by her delivery rider with his bare hands.

According to the post, she had received her food around midnight on March 17 and realised that the plastic bag carrier was soaked with food.

She then checked her CCTV camera and found that the delivery rider had used his bare hands to rearrange some of the spilled food in the container.

She remarked that the rider's antics were "extremely disgusting", and pointed out as well that he was not wearing a mask in the CCTV clip.

She added that she tossed away the food when she saw the camera footage.

Many commenters expressed their disgust at the driver: 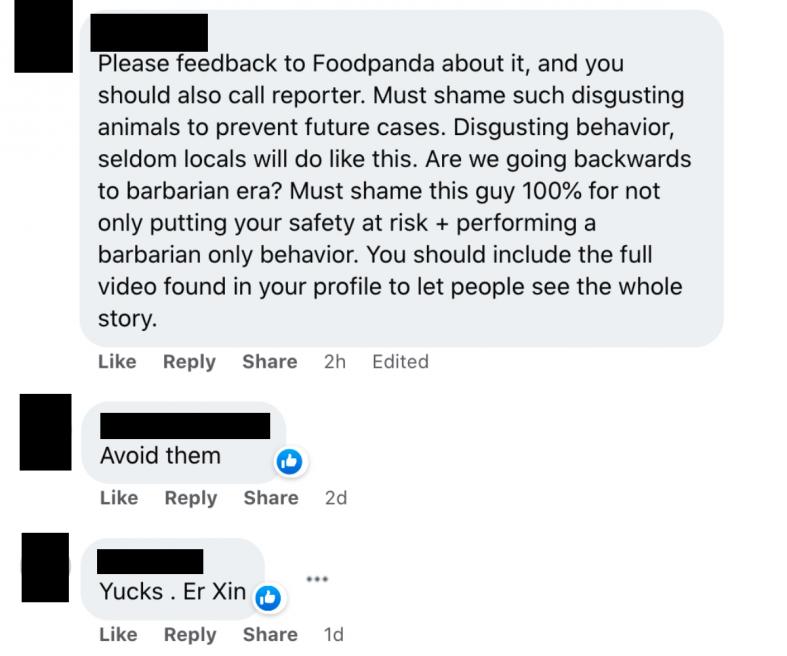 And naturally, in typical Singaporean fashion, there were some who were more interested in the brand of Ms Lee's CCTV camera.