Man's 'disastrous' Foodpanda order arrives 2.5 hours later -- on the ground and near dustbin 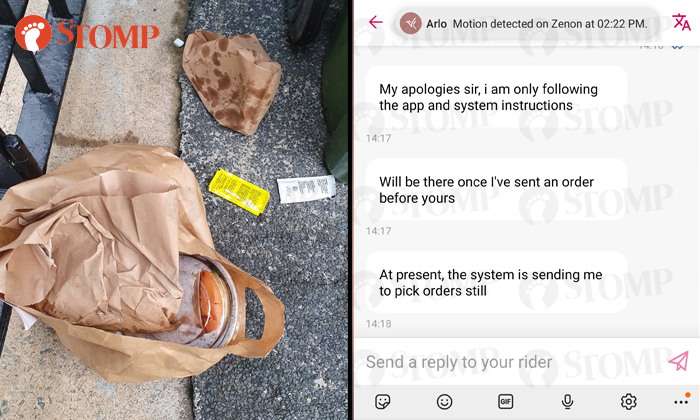 A man who ordered lunch at 12pm waited almost three hours before his food was finally delivered — on the ground and next to a dustbin.

Stomper Alex said he had made the order via Foodpanda on Sunday (July 4). The order consisted of two burgers and some fries from 25 Degrees.

Alex recounted: "I ordered at 12pm. The estimated time of arrival was 1pm.

"At 1pm, there was no sign of my food so I contacted Foodpanda's customer service. They gave me a $4 refund and said the food would arrive at 1.30pm.

"At 1.30pm, there was still nothing. I contacted customer service again and was told it would arrive at either 2pm or 2.45pm.

"I contacted the deliveryman directly, but he said the app was still making him pick up orders.

"At 2.30pm, my order was stated as delivered and my food was left on the floor." 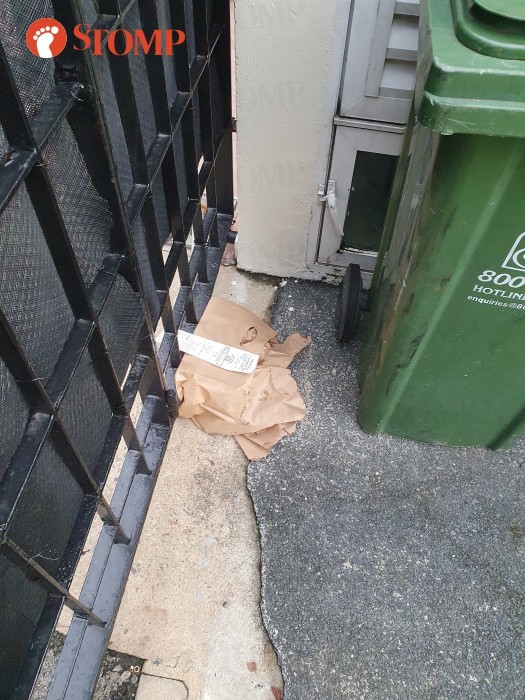 Alex acknowledged that "it's not the end of the world", but clarified that he was upset at the lack of proper communication throughout and how he still has yet to receive an explanation.

He told Stomp: "I told the deliveryman I was not home and yet he still left the food on the floor. This was after almost three hours of ordering the food.

"That particular day, I was upset as I had not had any breakfast and I was looking after my baby boy so I couldn't do much! I had to order food!

"But I ended up not eating because I had no time to order anything new.

"I reached out to Foodpanda multiple times, but they have staff who just send standard template responses rather than understand the issue.

"I got a call back on Monday and they said they would refund the money. However, they never explained why the food was left outside on the floor. It was also a rainy day!!!

"What a disastrous order."