"Dauglas with an A not an O" helps to clear tables at Northpoint restaurant, makes children happy 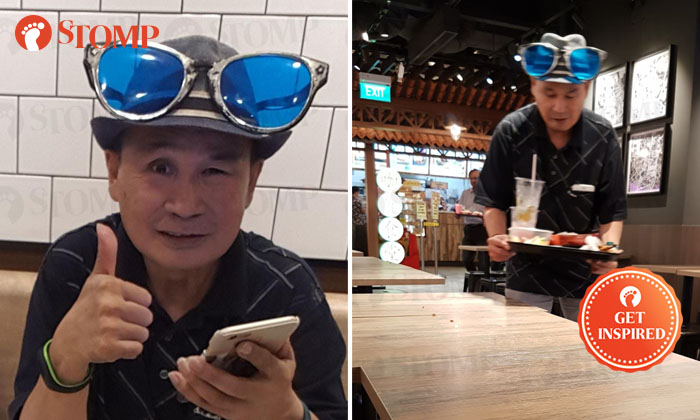 Stomper Faith was having a meal in a restaurant at Northpoint City at about 11am last Friday (Aug 31) when she saw a man called "Dauglas with an A not an O" clearing tables.

She said: "I've seen this man at my primary school once, he was also wearing his big spectacles and cowboy hat but I didn't notice what he was doing then."

Following her encounter with Dauglas last Friday, she said: "I saw him eating his meal at a table then he stood up and started clearing the tables, as many tables were occupied with dirty trays.

"I managed to ask for his name when he helped me clear my table. He said his name was 'Dauglas with an A not an O'.

"He told me that he wears his big spectacles and cowboy hat everywhere to make children happy and that he also helps to clear tables. He said he does it because people in Singapore seem very stressed so he wanted to cheer people up.

"I asked if I could take a picture of him and he agreed.

"He seems like a friendly person and I wanted to share this with Stomp to encourage him to continue doing what he's doing. Kudos Mr Dauglas!"