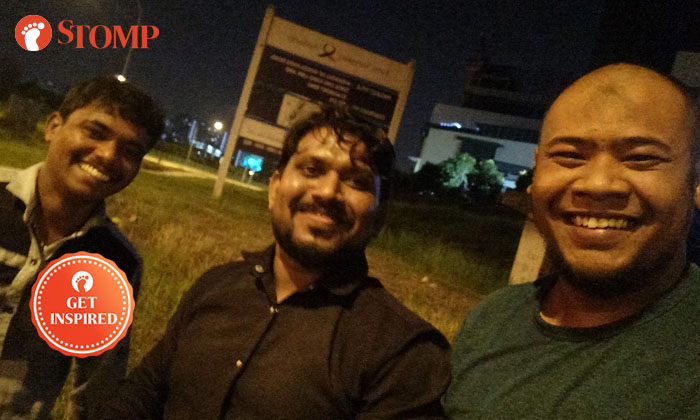 Stomper Alnur was travelling along the Bukit Timah Expressway (BKE) on his way to Johor Bahru (JB) at 11pm last night (Aug 29) when he noticed that his motorcycle was running low on fuel.

He then took the exit via Mandai Road in an attempt to locate a petrol kiosk when suddenly his bike started acting up.

Alnur said: "Moments after I exited via Mandai Road, my bike kept jerking, indicating that my petrol tank is going to be empty.

"I made it to the petrol kiosk, only to find that it's closed! So I was stuck alone with my bike in the middle of the night in front of a closed kiosk.

"Then I parked my bike and waved at any motorists that passed by but I believe that they were all scared to stop to assist me as the place was dark and quiet at that time. I also tried calling for tow trucks but none answered, probably due to the time or maybe I'm using a private number."

Just when it seemed like all hope is lost, a fellow motorcyclist approached him.

"I waved for about 30 minutes until I saw a bike with a pillion rider approaching and I shouted for help and asked if I could take a bit of his petrol and that I will pay him," said Alnur.

"I believed he was sceptical initially because he looked slightly worried, maybe he was afraid for his safety or that I would hurt him. But after I explained my plight, he agreed to help.

"He is very kind to have decided to help me in the end, both of them helped dismantle the side of his bike to access the fuel cork, where the petrol outlet is, and after taking about a litre of his petrol, my bike was able to start.

"I kept thanking them while they were giving me petrol and he said 'nevermind', it's okay'. Then I offered him some money for the petrol but he rejected me.

"The rider told me his name but I can't seem to recall it, it was something like 'Firdaus'? But I remember the pillion rider's name is Karthik. I didn't even think to share this on Stomp in the first place, but then I thought 'I should do something to let their kind acts be recognised', it's the least I could do. 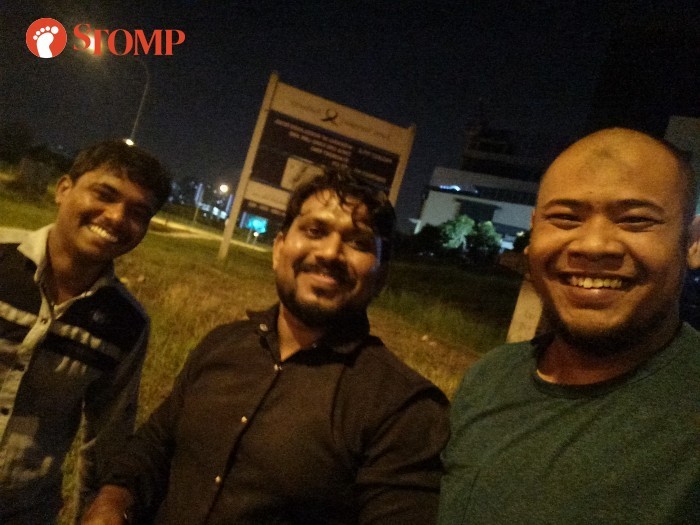 (From left to right: Karthik the pillion rider, rider whose name might be Firdaus, and Alnur)

"I managed to continue my journey to the nearest petrol kiosk and then headed to JB.

"I am so thankful and grateful for their actions. I pray that they will be rewarded for their kind deeds."