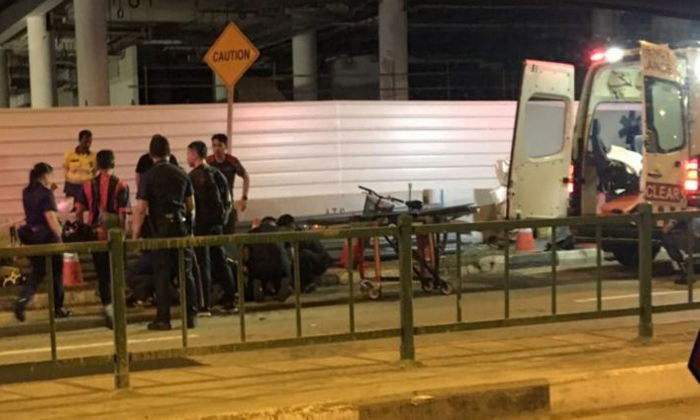 A 41-year-old cyclist was injured after colliding with a van along Tanjong Katong Road, towards Sims Avenue, on Wednesday night (April 4).

In response to Stomp queries, the police said they were alerted to the accident, which involved a van and a bicycle, at 11.55pm.

The male victim was unconscious when taken to Tan Tock Seng Hospital, which had been alerted to be on standby to receive him.

According to The Straits Times, he sustained head injuries.

As of Thursday afternoon (April 5), he remains in a coma in the hospital's intensive care unit.

It is believed that the man was initially travelling in the other direction, towards Tanjong Katong Road South, reported ST.

However, he collided with the van while trying to make a U-turn on the road, near the junction of Tanjong Katong Road and Geylang Road. He had appeared on the right of the van driver.

Related Stories
Father of teen cyclist who died after getting hit by car: 'The whole family's livelihood depended on her'
54-year-old cyclist arrested for drug-related offences after causing TP officer to skid and fall at Geylang Rd
28-year-old female cyclist sent to hospital after getting hit by bus at Upp Bukit Timah Rd
More About:
accident
cyclist
injured