Customer says Foodpanda rider is 'so rood', tells him to accept $10 cash or PayNow for $14.34 order 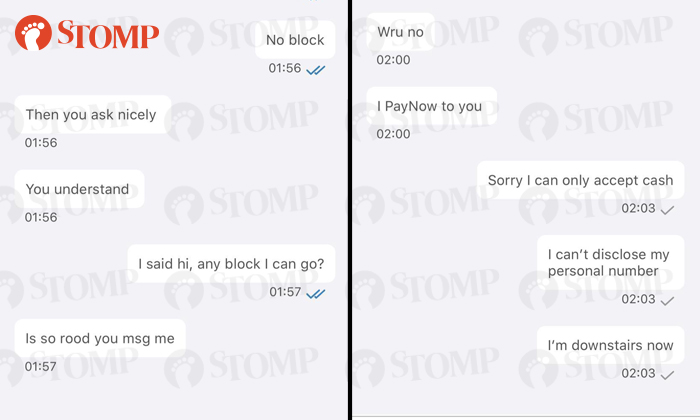 A customer asked a Foodpanda deliveryman to accept payment for her $14.34 order either via PayNow for the full amount or make do with $10 cash.

The Jurong West resident also chided the deliveryman for being rude when he asked for her full address.

Stomper Anonymous, a Foodpanda delivery rider, said the incident occurred on Tuesday (April 6), at around 2am.

He recounted: "The customer chose the 'pay by cash' option but didn't indicate her block number for the delivery, so I asked her." 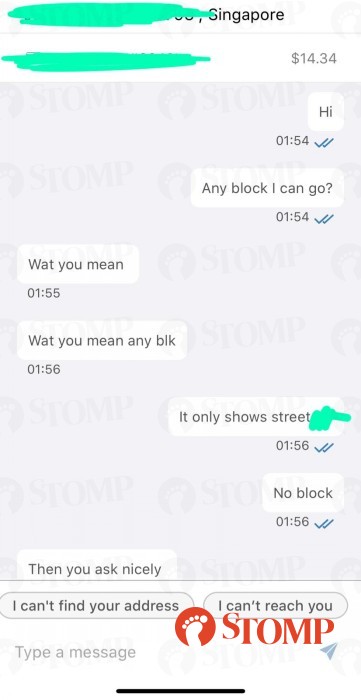 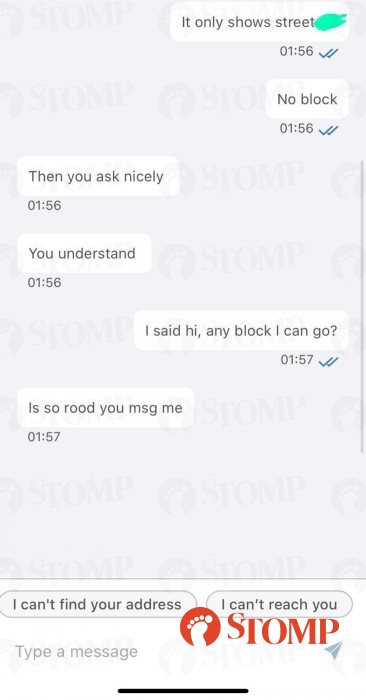 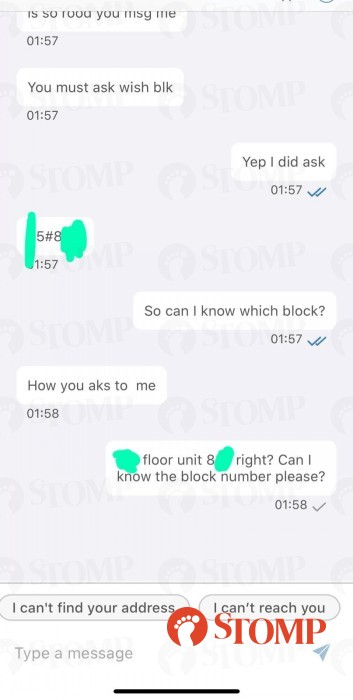 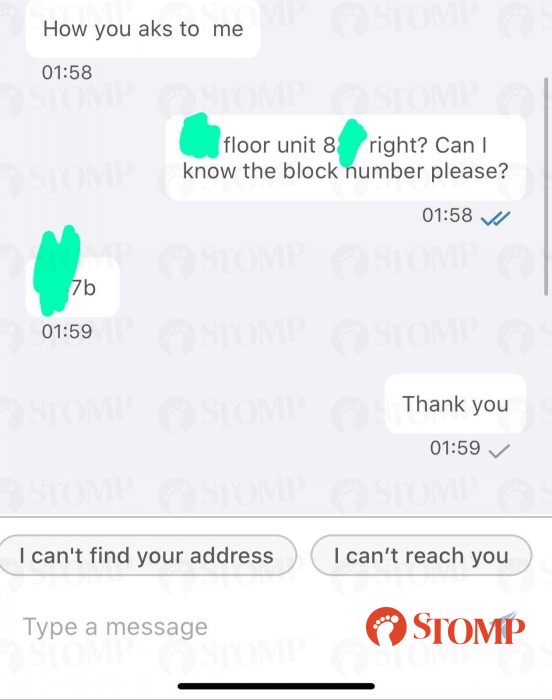 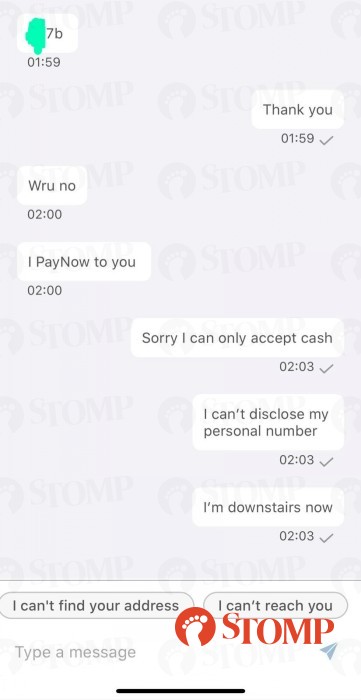 Screenshots that Anonymous shared show how the customer told him to "ask nicely". She also said the way he messaged her was "so rood".

When Anonymous arrived, the customer requested to pay for her order via PayNow.

The Stomper said: "I told the customer that I could only accept cash as I’m not comfortable in providing my personal PayNow mobile number to customers.

Anonymous contacted Foodpanda and the order was eventually cancelled. 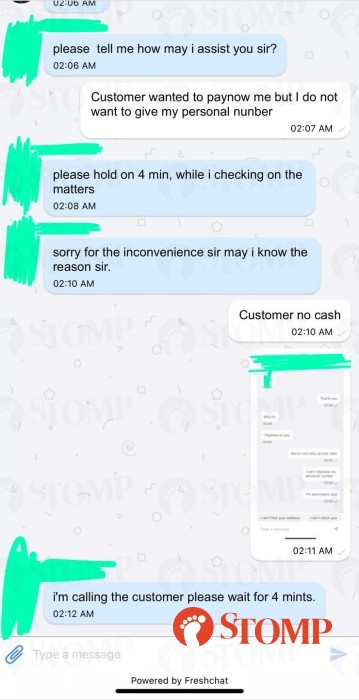 Anonymous told Stomp: "While it's not exactly a wasted trip because I was still paid for returning the goods (I was paid lesser), it did waste some precious time.

"I'm sharing this not to shame anyone but just a message to riders out there: We are already working hard, no need to get angry or spoil your day over such matters.

"We settle the issue with rider support as shown and I still get my delivery payout. It's just a few minutes wasted, but it doesn’t hurt."

Kudos to Anonymous for remaining calm and courteous throughout the entire incident — a rarity as seen in recent reports on Stomp. 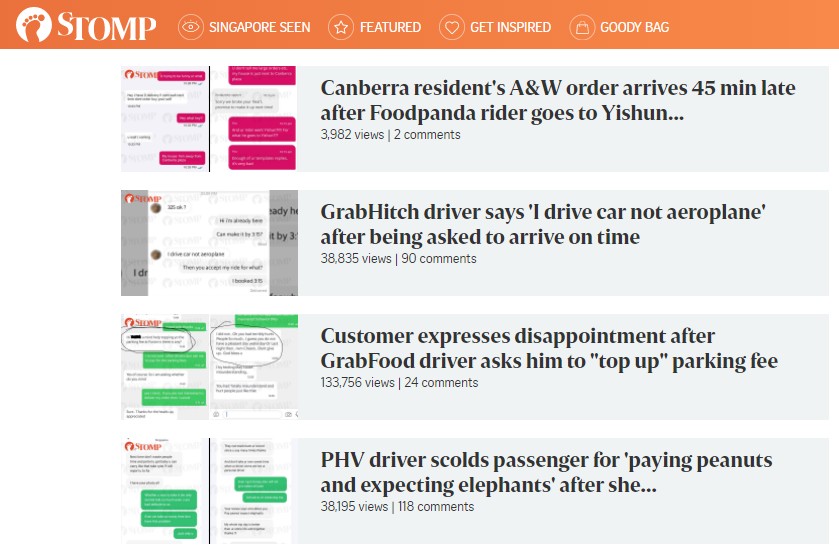