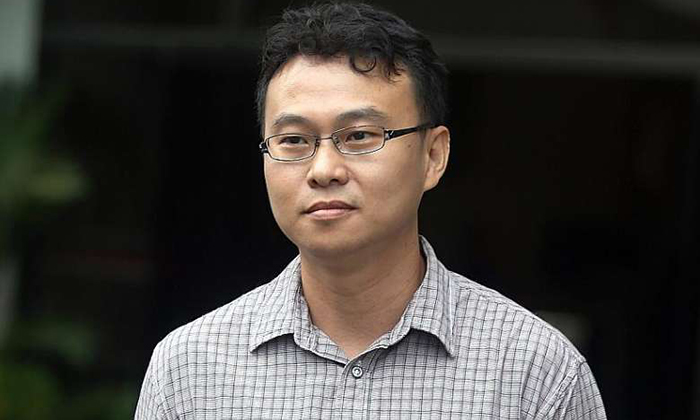 A former Singapore Civil Defence Force (SCDF) officer was yesterday acquitted of the charge of harassing a woman after he compounded the matter for $4,000 and made an open court apology.

Mr Goh Wee Hong, 40, who is married with a child, was charged in March with unlawful stalking.

Between Aug 27 and 30 last year, he had harassed the woman with text messages which contained sexual advances.

Mr Goh said in open court yesterday that he was giving his sincerest and unqualified apology for sending the woman the text messages.

"I should not have sent you the said text messages and I am extremely sorry for the effect that they had on you. I am deeply remorseful of my actions and hope that you can accept my apology," he said.

The 29-year-old woman, who turned up in court with a male companion, had worked for an events management firm that won a tender for an exhibition Mr Goh was overseeing.

The New Paper reported that she joined the firm after it won the tender.

To compound the matter, Mr Goh had to pay $4,000 to the woman or a charity of her choice, and make an apology in court.

Deputy Public Prosecutor Kumaresan Gohulabalan said the victim declined to have the $4,000 paid to her personally, and has decided to donate the money equally to the Association of Women for Action and Research (Aware) and the Movement for the Intellectually Disabled of Singapore (Minds).

Mr Goh's lawyer Tan Hee Joek confirmed that two cheque payments of $2,000 each have been paid to Aware and Minds.

DPP Kumaresan said the victim was agreeable to the composition after the consequences of accepting and rejecting the offer of composition were thoroughly explained to her.

Having considered the facts and in the light of further developments arising after Mr Goh was charged, along with the victim's wish to move on with her life, the Public Prosecutor has consented to composition, he said.

The maximum penalty for the offence under the Protection from Harassment Act is a $5,000 fine and 12 months' jail.