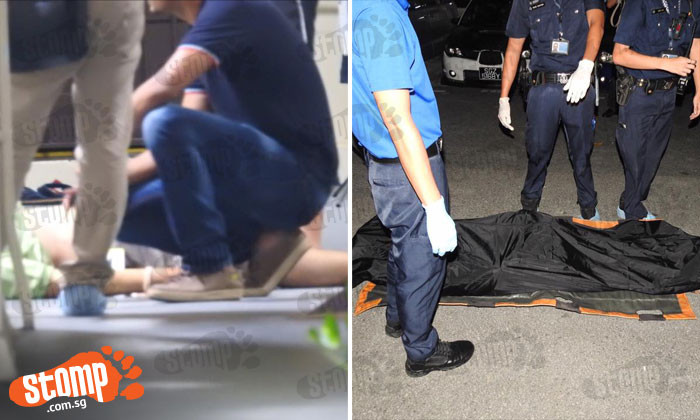 According to The Straits Times, both the deceased and the suspect lived on the sixth floor of the block.

The suspect's sister told the paper that the two men knew each other and that her brother had been "stalked" by the deceased over the last two years.

"I don't know why he started doing this. He would bang loudly on the door and ask for my brother, and my brother would tell him to go away."

The woman moved out of the Yishun flat but returned yesterday to visit her mother.

The suspect's mother only discovered that he had been arrested when she came back from walking her dogs in the evening.

No weapon is believed to be involved.