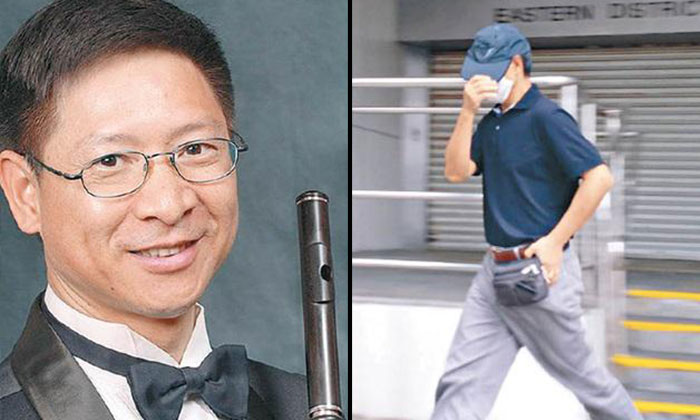 A former principal flautist in the Hong Kong Sinfonietta, 56-year-old Chan Kwok-chiu told a psychiatrist that he had molested four young girls - groping their chest and touching their elbows under the pretence of imparting breathing techniques during flute lessons - because they were attractive and dressed provocatively.

Chan was handed a sentence of 31 months in prison by District Court judge Douglas Yau Tak-hong, in a court hearing, pleading guilty last month to seven counts of indecent assault and one of indecent conduct towards a child under the age of 16, reports Lianhe Wanbao.

According to accounts from the victims, the accused had placed his hands on some of the girls’ bellies, saying that he needed to coach them on the right breathing technique, before cupping their breasts.

He also grabbed one girl’s hand and placed it inside his pants.

One victim told a psychologist that she was afraid of Chan, and she feared that Chan would harm her again.

A pre-sentencing psychology assessment reported that Chan suffered from low elf-esteem because he could not accept that he was no longer able to perform on stage and had to coach students instead.

The report also revealed that Chan found his sex life with his wife bland and unsatisfying, so he sought excitement from molesting the young girls.