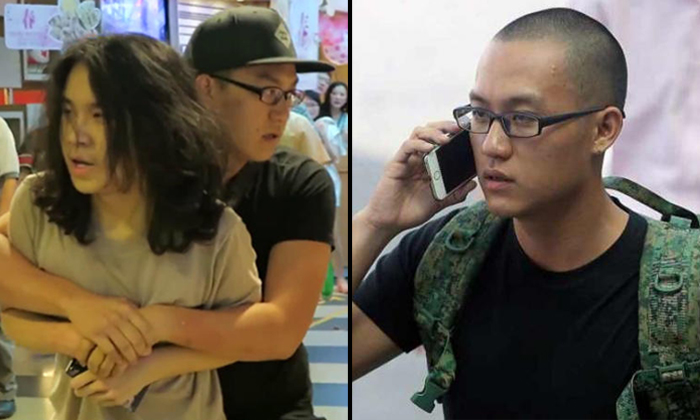 Bryon Loke Thong Ler is alleged to have held on to the hands of the 17-year-old and used his arms to restrain him from the back in the mall's basement at Jurong West Central 2 between noon and 12.30pm on May 29, reported The Straits Times.

Yee, who posted a video showing a part of the incident on YouTube, was heard repeatedly shouting "Help me!" in a hoarse voice.

If found guilty, Loke could be jailed for up to three months and/or fined up to $1,500.

Loke, who was unrepresented, told the court that he wishes to engage a lawyer, reported The Straits Times. A pre-trial conference has been set for Sept 6.

This is the second time that Yee has been attacked in a dramatic manner.

The blogger, who has had his own spate of run-ins with the law such as insulting Singapore's late founding Prime Minister Lee Kuan Yew, was smacked in the face by a businessman outside the State Courts on April 30 last year, in the wake of national mourning over Mr Lee's death. Yee was then walking to the courts for a pre-trial conference.

A month later, 49-year-old Neo Gim Huah was jailed three weeks for slapping Amos in the incident. The father of three had wanted to teach Yee a "lesson''.

District Judge Ronald Gwee had said Neo's brand of vigilante justice must never be allowed to take root as it might "open the floodgates to future cases of aggrieved individuals taking matters into their own hands".

Yee is currently facing trial to contest six charges brought against him for allegedly intending to hurt the feelings of Muslims or Christians - in five videos and a photo - and two counts of failing to report to the Jurong Police Division for investigation.