Well well well, look who's back in court once again... 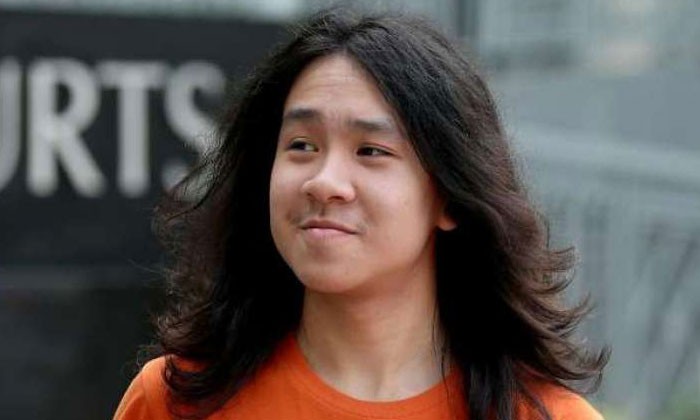 Teenage blogger Amos Yee was back in court on Wednesday (Aug 17) morning.

Yee, 17, faces six charges of intending to wound the feelings of Muslims or Christians - via five videos and a photo - and two counts of failing to report to the Jurong Police Division for investigations.

The alleged offences were committed between November last year and May this year.

Yee, dressed in an orange T-shirt and a pair of beige cargo pants, arrived in court with his mother Mary Toh. He does not have a lawyer.

At the start of the trial, Yee confirmed that he was contesting all eight charges.

The prosecution had a line-up of seven witnesses who are all police officers.

But even before the first witness was called, Yee told District Judge Lim Tse Haw that he wanted "to take a certain course", legal parlance indicating that an accused person wishes to plead guilty.

Yee, who has had five pre-trial conferences with the prosecution since he was charged in May, said he had only recently found out about the Criminal Case Resolution (CCR) process.

Implemented in 2011, the CCR provides a neutral forum, facilitated by a judge, for parties to explore the possibility of early resolution of criminal cases. It aims to save resources by reducing the chances of an accused person pleading guilty on the day of the trial or once it has started.

Judge Lim fixed the case for a CCR on Thursday (Aug 18) morning.

On May 26, Yee told District Judge Ronald Gwee he intended to claim trial.

Reports had been lodged over online remarks he made last year. The police then issued a notice in December ordering Yee to report for investigations.

But he failed to do so. He left the country shortly after and remained overseas until April.

When he returned, he was served with a Magistrate's order to report again at Jurong Police Division, but he did not comply.

On May 11, he was arrested and bailed out of police custody by his mother the same day.

The maximum punishment for deliberately wounding the religious feelings of any person is three years' jail and a fine; and for failing to present oneself pursuant to a notice or order from a public servant is one month's jail and a $1,500 fine.

Yee first came to the attention of the authorities when he uploaded an expletive-laden video on March 27 last year, four days after the death of founding Prime Minister Lee Kuan Yew. Yee later also posted an obscene image on his blog.

He was convicted on May 12 last year and sentenced on July 6 to four weeks' jail. He was released the same day as the punishment was backdated to include his time in remand; he had spent about 50 days in prison after repeatedly breaching bail conditions.