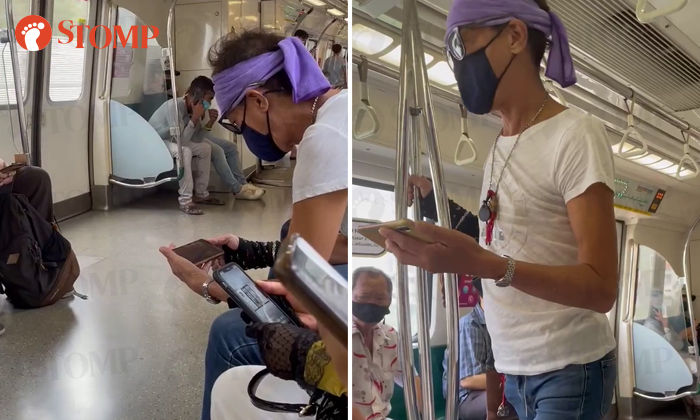 Do you get annoyed by loud music on the train? If yes, then you are not alone.

Stomper Ruth was left irritated by a commuter blasting music on a train along the North-South Line on Wednesday (June 22) at around 10.40am, which she felt was "ignorant and inconsiderate".

A video that Ruth took shows the commuter watching something on her mobile phone with loud music playing.

The commuter can even be seen bobbing her head along to the music.

The commuter keeps the music playing even as she gets up from her seat to alight at Bukit Batok MRT station.

Ruth told Stomp: "I think one should not play such loud music without caring about their surroundings. It's causing a disturbance. Such behaviour such be brought to attention to remind others to be mindful in public."

In 2021, two men were investigated by the police for affray after fighting on a train. The cause of their dispute? One of them was apparently playing music too loudly.

In 2019, a man got into a heated argument with a commuter who was blasting music on a train. The commuter, who had been asked to lower his volume, shouted back: "I'll cut your penis!" and threatened to "cut your bloody throat".