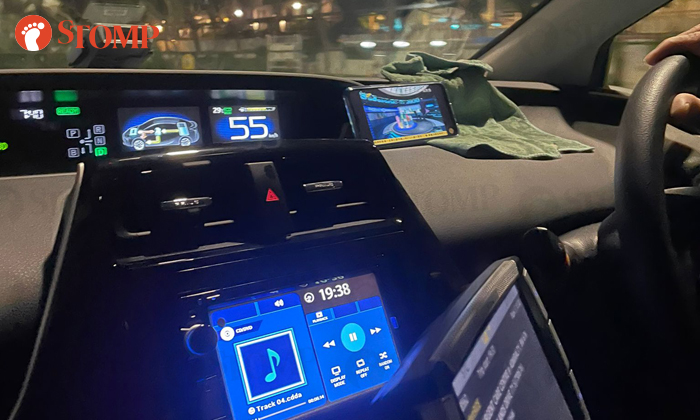 A ComfortDelGro taxi driver has been issued a stern warning for unsafe behaviour after he was seen watching a programme on his mobile phone while driving.

Stomper Aqil said he took the taxi for a trip from Yishun to Admiralty Medical Centre on the evening of October 30.

He recounted: "The taxi driver was watching a movie or show on his dashboard while driving.

"Despite informing him that this was not allowed, he said he could watch it as long as he does not touch the screen.

"I was bringing my grandma to the doctor because she had a fall at home. Imagine being already anxious about her well-being and still needing to be worried about her safety in a taxi because of the driver's disregard for safety."

In response to a Stomp query, Ms Tammy Tan, ComfortDelGro's group chief branding and communications officer, said: "Such unsafe driving is not something we tolerate and we have issued the cabby a stern warning for not observing safety.

"We will be monitoring his performance closely to ensure he observes safe driving regulations."