Circulated video of huge crocodile swimming in drain didn't happen in Singapore: Here's how we know 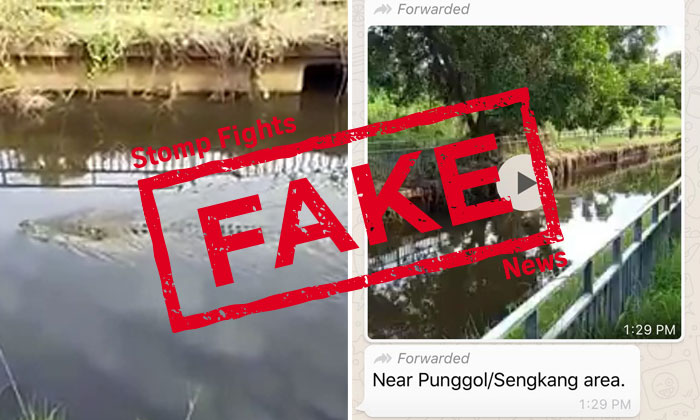 A video of a huge crocodile swimming in a drain did not happen in Singapore.

Several Stompers alerted Stomp to the video they had received via WhatsApp along with a text that alleged the video was shot in the Punggol-Sengkang area. 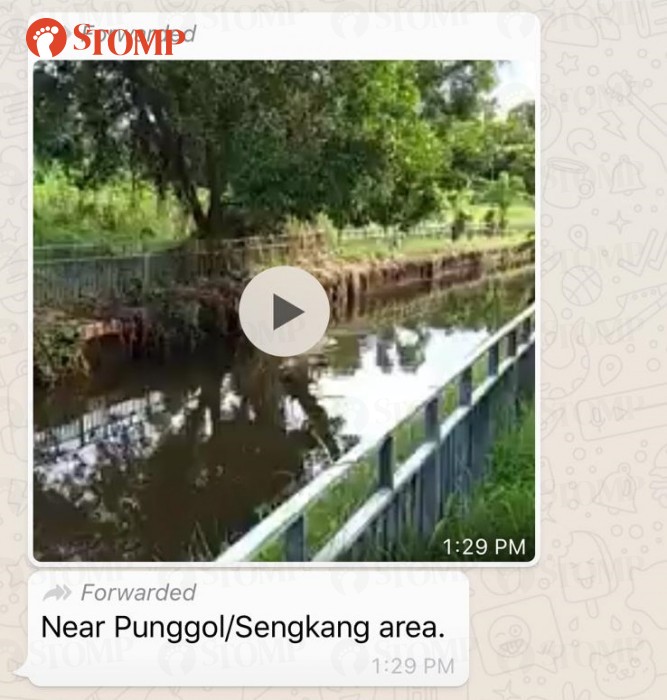 In the video, the crocodile, which appears to be more than three-metres-long, is seen leisurely swimming through the water in the drain that is located near a forested area.

Stomp understands that this video was not taken in Singapore.

There are also rumours that the crocodile was sighted in Kota Kinabalu but local inspections by Malaysian wildlife rangers have proven these to be false as well.

A tell-tale clue from the video that this did not happen in Singapore is the railings by the side of the drain.

The railings in the video are silver and have square edges.

In Singapore, railings along drains are a standard green with rounded corners. 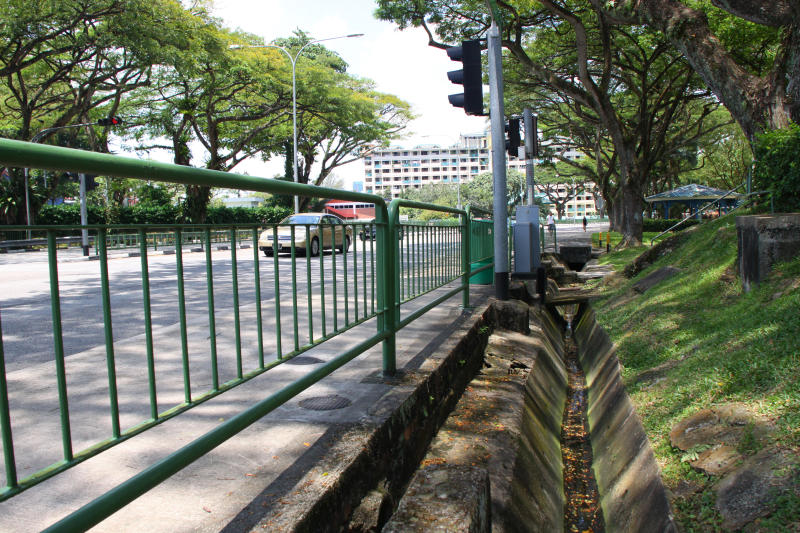 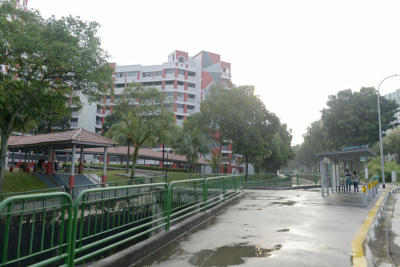