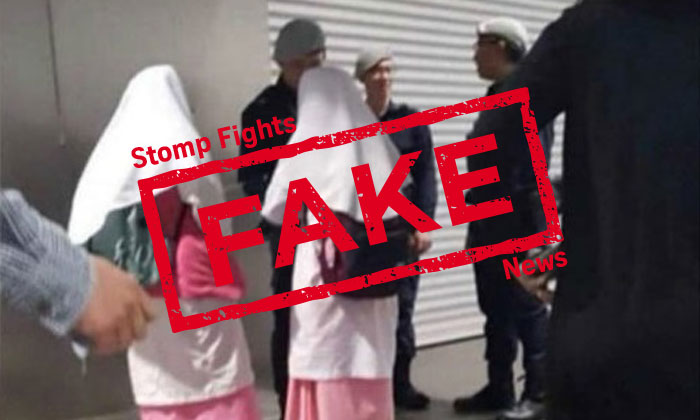 The police have denounced allegations that Public Transport Security Command (TransCom) officers conducting checks had approached two madrasah students because they had a quota to hit as fake news.

The police said in a Facebook post on Tuesday evening that the posts by netizens circulating online are untrue and irresponsible.

"Such comments that seek to stir up racial sentiments are uncalled for and unhelpful," the statement said.

"The TransCom officers were in fact engaging the two students on a new initiative called Riders-On-Watch (ROW) that was implemented on 2 July 2019.

"We are happy to share that the two students have signed up as ROW volunteers, and they now join other ROW volunteers to help keep Singapore’s public transport networks safe and secure."

ROW volunteers help keep watch and share the latest crime information that affects the public transport system with their family, friends and neighbours, thereby assisting the police in crime prevention.

Madrasah Al-Ma'arif Al-Islamiah also clarified "the true nature of a photo" of its students on Facebook earlier.

"We are proud of our students' sense of civic-mindedness and responsibility towards their community," it said in the post.

Earlier this month, the police posted a statement saying that their TransCom officers are impartial in their checks after a video went viral where a man creates a scene and asks the officers why they "always scan Malays".

The police said: "Such checks are necessary to ensure that our public transport system remains crime-free, and to deter would-be-criminals from committing criminal offences and terrorist acts."