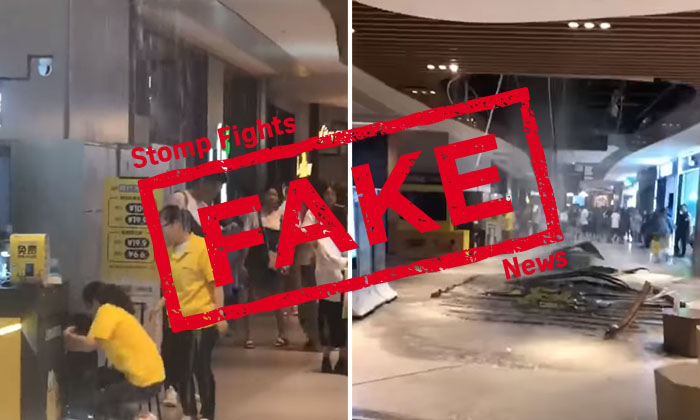 Jewel Changi Airport confirms that a video of ceiling collapsing on "their premises" did not occur there.

Several Stompers alerted Stomp to the video that was published on a Facebook page, SG Kay Poh.

The video has garnered over 430 shares ever since it was published at about 3pm on Tuesday (Aug 27).

"We strongly urge everyone to refrain from sharing the video and prevent the spread of fake news."

According to China Press, the incident actually occurred on Saturday (Aug 23) at Vanke Mall in China, Shanghai.

It was reported that the ceiling's collapse was largely due to a burst water pipe. The seeping water had caused passers-by to be wary, and thus resulted in no injuries when the ceiling collapsed.