Check out the top 3 greatest moments from ONE: Clash Of Legends 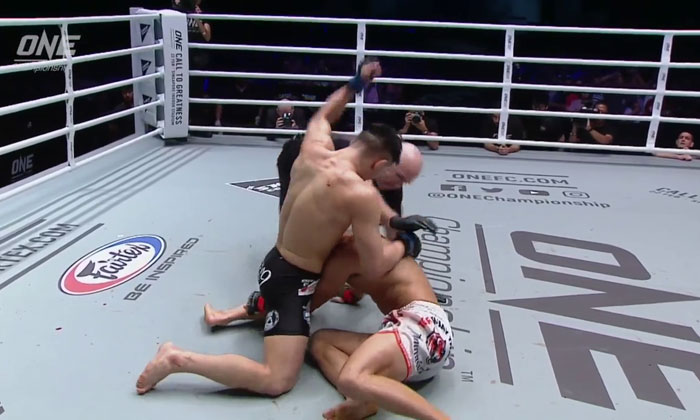 ONE Championship made a stunning return to Bangkok, Thailand with ONE: Clash Of Legends this past Saturday, 16 February.

Featuring a stacked card of World Champions, the evening was filled with memorable performances and exciting battles.

Before we turn the page to ONE: CALL TO GREATNESS in Singapore this coming Friday, 22 February, let’s take a look at the top three greatest moments from over the weekend.

Since making his home in Singapore, where he trains and teaches at the renowned Evolve MMA, Nong-O Gaiyanghadao has masterfully imported his devastating style of Muay Thai striking to ONE Super Series.

Nong-O reminded everyone at the Impact Arena why he was deserving of the legend mantle frequently accorded to him by his martial arts peers.

As the main event of the night, he locked horns with China’s Han Zi Hao for the inaugural ONE Bantamweight Muay Thai World Title.

Throughout their five-round contest, the Singapore resident methodically attacked his Chinese rival, scoring clinical strikes with his punches, kicks, and elbows.

The speedier Han attempted to press forward, but was punished by the four-time Lumpinee Muay Thai World Champion, who connected with jabs and kicks to halt the Chinese warrior’s advance.

Despite putting on a valiant display, Han could not overcome the vastly superior legend. Nong-O earned the unanimous decision win and the ONE Bantamweight Muay Thai World Title.

Japanese warrior Yoshiki Nakahara finishes Emilio Urrutia with a sensational TKO at 2:50 of Round 3!

Emilio “The Honey Badger” Urrutia was all set to give Yoshiki Nakahara a rude welcome to ONE.

However, it would be the 26-year-old Japanese judoka controlling the exchanges and dictating the tempo against the more experienced American.

The featherweight mixed martial arts bout started off strong for Nakahara, as his aggressiveness paid off early. He occasionally served up lethal punching combinations and kicks that kept “The Honey Badger” on the back foot.

Appearing fatigued from constantly defending the Japanese debutant’s threatening advances, Urrutia caught a left hook square on the chin in the third round and dropped to the canvas.

Nakahara wasted little time in following up with a knee on the downed American, followed by a series of ground punches. Referee Oliver Coste immediately stopped the contest and awarded him the TKO victory.

Gina Iniong uses all her tools to grind out a split-decision victory over the previously unbeaten Jihin Radzuan!

Jihin “Shadow Cat” Radzuan’s unblemished record was tested as she faced off against one of the top contenders in the women’s atomweight division – Gina “Conviction” Iniong.

The Team Lakay representative dominated the early exchanges against her Malaysian foe. She showcased her versatility, asserting control over Jihin with a strong ground game and punctuating their stand-up encounter with long-range strikes.

Remarkably, “Shadow Cat” would stage a fierce rally in the third stanza, taking Iniong to the ground successfully after her previous attempts had failed. She even took the Filipina’s back, hunted for a rear-naked choke, and unleashed ground strikes.

“Conviction,” however, dug deep, rode out the storm, and avoided taking any major damage.

Iniong’s control in the earlier portions of the contest, as well as her grit, earned her the split decision victory and now, she is a contender for Angela Lee’s ONE Women’s Atomweight World Title.

Related Stories
Amir Khan rings in New Year with photo of him and fiancée with baby bump
Is that Angela Lee and husband Bruno Pucci spotted in Bugis?
4 ways Singapore's Tiffany Teo can triumph against Michelle Nicolini in MMA showdown
More About:
ONE Championship
mma