Is that Angela Lee and husband Bruno Pucci spotted in Bugis? 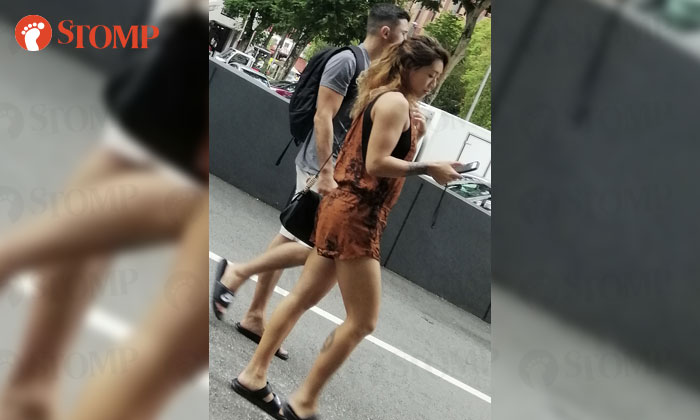 Stomper Mohd was going about his own business when he saw MMA champion and Singapore sweetheart Angela Lee taking a stroll with her husband in Bugis on Tuesday (Nov 6).

He said that he saw the couple alighting a taxi at the Mercure Singapore Bugis hotel before walking towards Bugis+ shopping mall.

He added that a woman who looked like Angela's younger sister was with them. 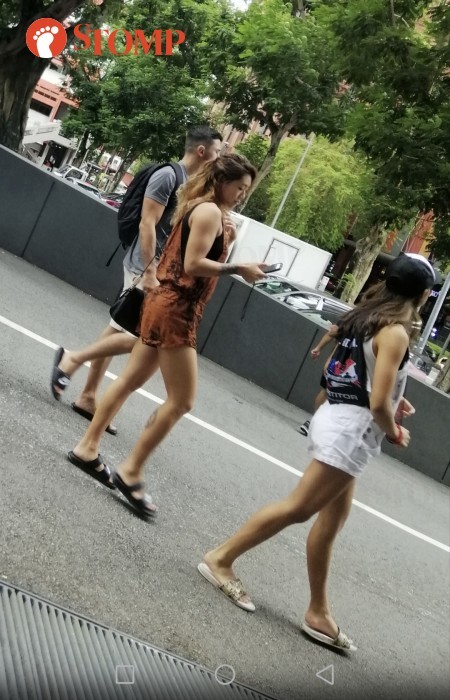 Mohd, who is a fan of Angela, was surprised to see the fighter out and about following news on Monday (Nov 5) that she had been forced to withdraw from her main event bout against Xiong Jing Nan at One Championship's ONE: HEART OF THE LION on Friday (Nov 9).

Chairman and CEO of ONE Championship, Chatri Sityodtong announced the news on Monday morning in a Facebook post. 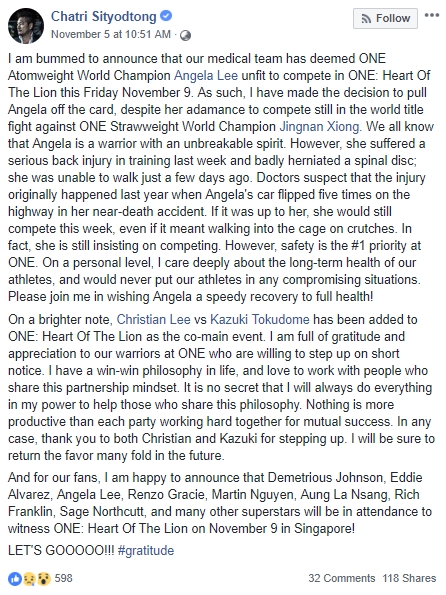 He wrote that his medical team has deemed Angela unfit to compete and made the decision to pull her off the fighting card.

He said that she suffered a serious back injury while in training last week and badly herniated a spinal disc causing her to be unable to walk just a few days before making his announcement.

"If it was up to her, she would still compete this week, even if it meant walking into the cage on crutches," he wrote.

He added that she is still insisting on competing.

"However, safety is the number-one priority at ONE. On a personal level, I care deeply about the long-term health of our athletes, and would never put our athletes in any compromising situations."

Mohd told Stomp he is disappointed as he was looking forward to watching Angela compete.

"I watched her defeat Mei Yamaguchi in May this year and was looking forward to seeing her fight against her Chinese opponent on Friday," he said.

"I was going to buy tickets to watch the main event on Friday but luckily I had not gotten around to doing that yet."