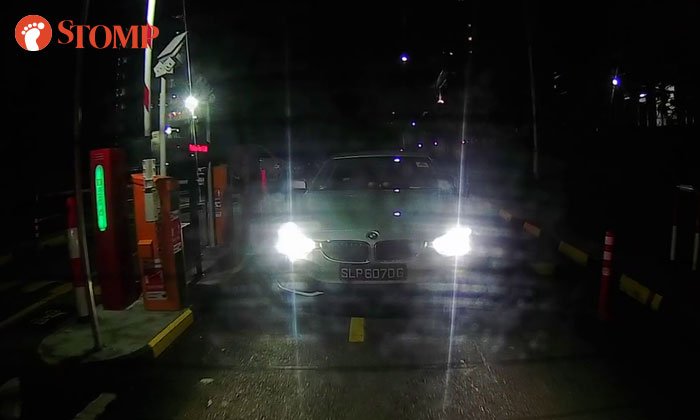 A BMW driver was caught on video tailgating another car out of a carpark at Jalan Bukit Merah to apparently get out of paying for parking in the early hours of Monday (Dec 10).

In the video, the BMW driver is seen trying to catch up with Arl's car as he approaches the carpark exit.

He then follows closely behind as Arl passes through the gantry.

"He's driving a BMW but is a cheapo," said Arl.

The Stomper, who is a resident at Jalan Bukit Merah, told Stomp that this is the first time he has been tailgated by a driver trying to avoid paying for parking.

"I think he might have been a visitor trying to get out of the carpark without paying because visitors can only park from 7am to 10.30pm, after that the lots are for vehicles with season parking only.

"Since it was 5.32am when he tailgated me, he might have been trying to get out of that situation."