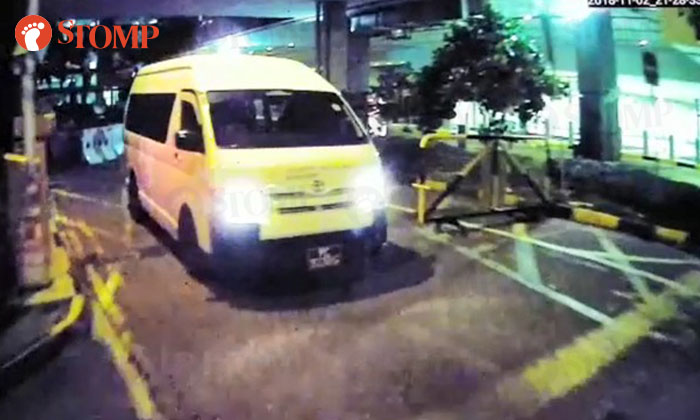 A van was caught on camera tailgating a Stomper's bus at the carpark of Changi Airport Terminal 1 last Friday (Nov 2) at 9.27pm.

The Stomper, who is a bus driver, had just picked up passengers from the airport and was leaving the place.

In the video, the van is stationary with its headlights on.

When the Stomper's bus started moving, it kicked into action too and followed the bus.

When the bus passed the exit barrier, the Stomper noticed that the van did not wait for it to come down.

The van driver had successfully evaded the parking fee and exited just after the bus.

The Stomper said: "I was not really angry, but I think that a new system should be put in place.

"Maybe the technology at the gantry can be updated to ensure this does not happen often."