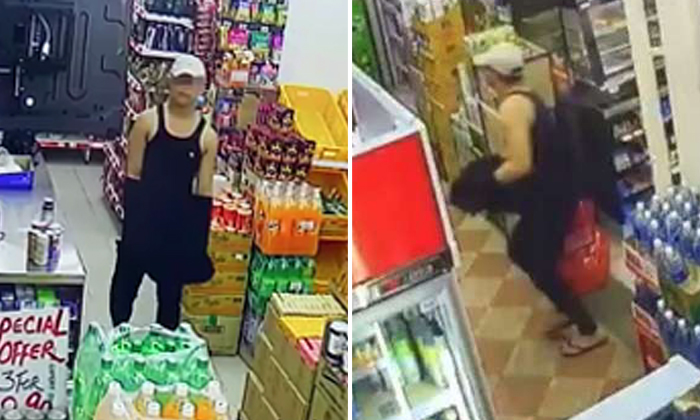 A man allegedly stole $4,500 from a supermarket in Jalan Bukit Merah while his accomplice distracted the store assistant by toppling over a vending machine.

The incident occurred at Fortune Supermarket at Block 115, Jalan Bukit Merah, at about 1.30am on Thursday (Dec 8), Lianhe Wanbao reported on Friday (Dec 9).

The men managed to evade the store assistant, but closed-circuit television footage captured their faces.

The footage has been handed over to the police.

The store manager of the 24-hour supermarket, Mr Liang Yongqiang, 34, told Wanbao that there was only one store assistant on duty that day.

She heard a loud noise and rushed outside to find the drinks vending machine tipped over. She then pushed it upright and cleaned the floor.

When she returned to the cash register, she found that the money inside was gone.

"She was terrified and immediately called the boss and manager," said Mr Liang. "Later when we checked the CCTV cameras, we realised that we had been tricked."

At the same time, another man loitered outside the store. Once the cash register was unmanned, he sheathed his arms in his jacket, took the cash and slipped away.

It is believed he did so to avoid leaving fingerprints.

Mr Liang suspected that the thieves were familiar with the store, as they seemed aware that the back door was unlocked.

He added that the sales assistant was so frightened by the incident that she fell ill.

He said they called the police after doing some internal checks.

The police told The Straits Times on Friday that they were alerted to a case of theft in dwelling at Block 115, Jalan Bukit Merah, at 2.11pm on Thursday.

The store has stepped up its security and put a male store assistant to work the night shift.