Carouseller leaves woman in tears after refunding her $29 in coins: "I wanted to give all 5 cents" 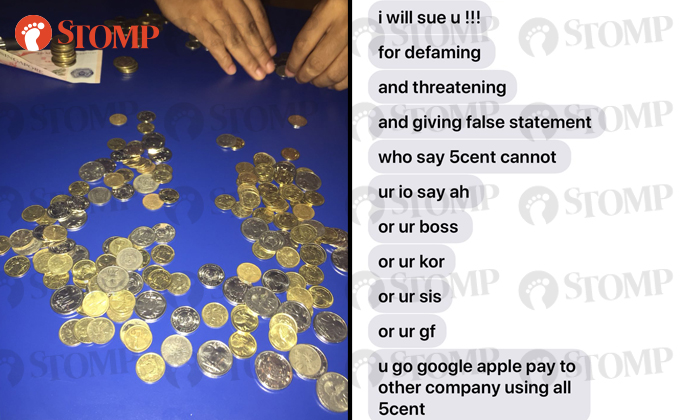 More details regarding a dispute between a Carousell user and Stomper Y, who received $29 worth of coins as a refund, have emerged.

Read the full update here: New texts between Carouseller and woman who got $29 refund in coins show there's more to the story

Stomper Y was left crying after a Carousell user who was supposed to refund her $40 did so -- with a ten-dollar note and $29 worth of coins.

The incident first started on April 13, when Y and her friend both put up listings on Carousell about how they were looking for a Tamagotchi.

A man by the username of 'downudereverything' then responded to the listings and messaged both of them.

According to Y, her friend conversed with the man and he did not appear to be forthcoming about himself. He also could not provide concrete proof about being a legitimate seller. 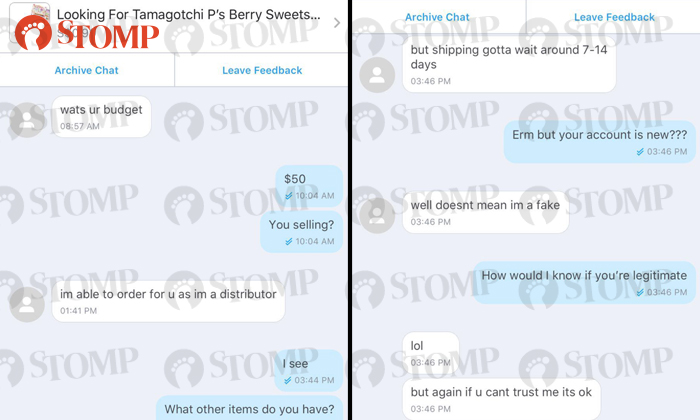 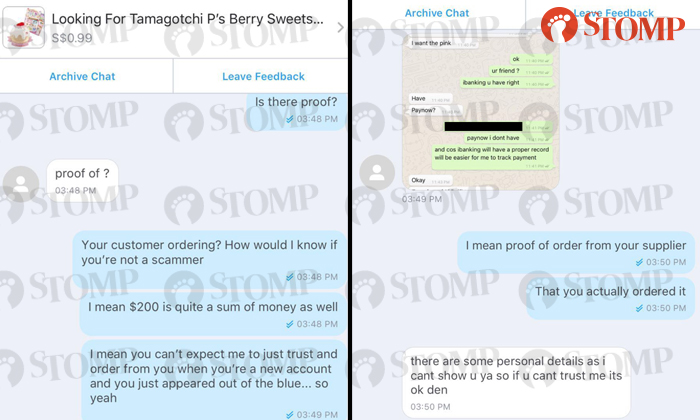 Screenshots of the conversation that Y's friend had with the seller

However, both Y and her friend went ahead with their purchases.

Y told Stomp: "I agreed to pay $40 for a vintage Tamagotchi from 1997 while my friend bought another model that's over a hundred dollars.

"I was told that I had to wait for the item to be shipped and that it would arrive on April 26.

"We did not discuss how I would get the Tamagotchi, whether the transaction would be done via a meetup or mailing, but I figured that we would talk about it when the item arrived."

However on April 26, Y's deal fell through due to a disagreement.

Both parties agreed to a refund. 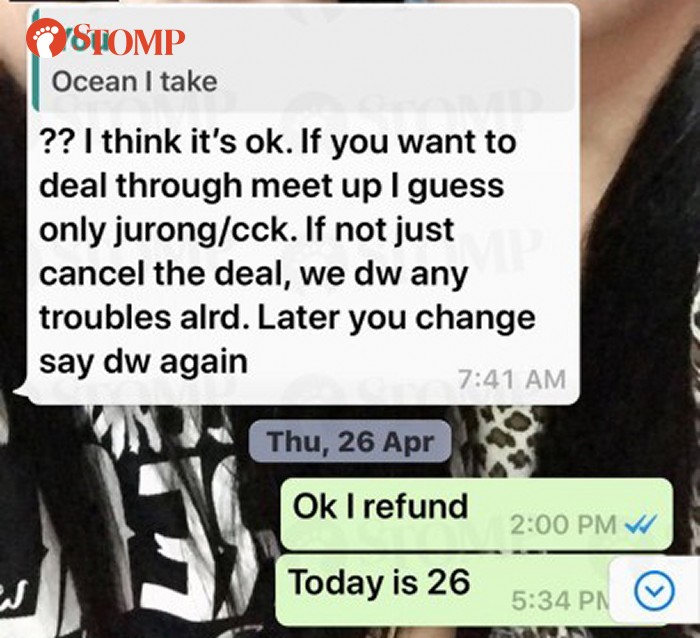 Y's friend, whose deal soured as well, successfully received a refund on April 24.

The Stomper said: "My friend kept quiet about getting a refund without letting me know. I didn't find out until much later." 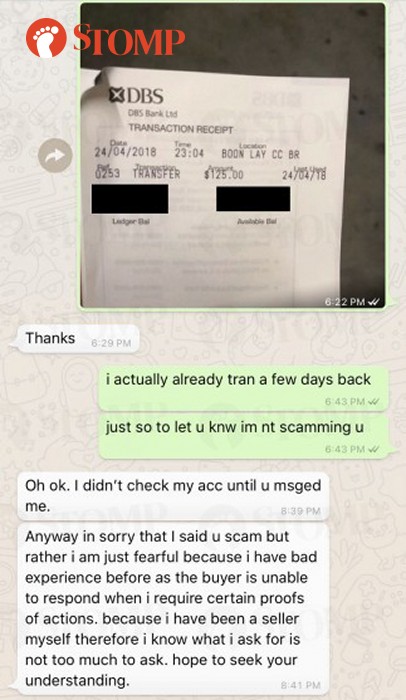 Screenshot of conversation between Y's friend and the seller

Unfortunately, Y's refund process was not as smooth-sailing as her friend's had been.

As Y is ill and currently on medical leave for over half a year, she repeatedly requested for the seller to transfer the $40 to her, but to no avail. 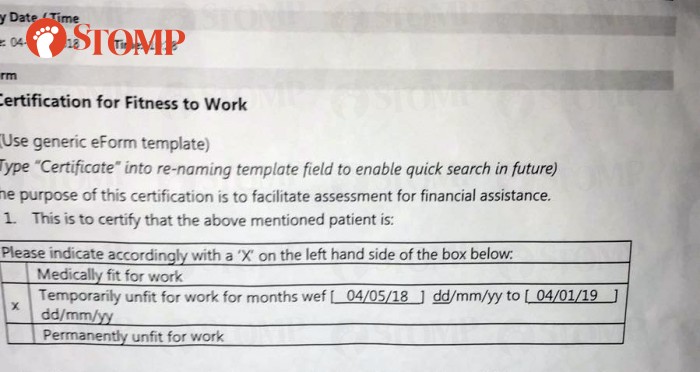 Y, who had also communicated with the seller's wife, added: "I told them very nicely that I was sick and to please do a bank transfer, but they said they did not know how to do it. This is obviously not true as they refunded my friend.

"They also kept changing the date and location for meeting up.

"I even begged them.

"I am going through personal issues and I needed to rest and take care of my children."

May 3 arrived and the Stomper had yet to receive her refund, leading her to lodge a police report at the Neighbourhood Police Centre (NPC) near her home in Serangoon North.

After almost two weeks, the seller eventually arranged to meet Y at Khoo Teck Puat Hospital in Yishun on Monday night (May 7).

Y took a taxi down from her house and said the fare amounted to over $22.

When both sides met at around 7.15pm, Y was shocked when the seller, who was accompanied by his wife, handed her a ziplock bag of coins and a ten-dollar note. 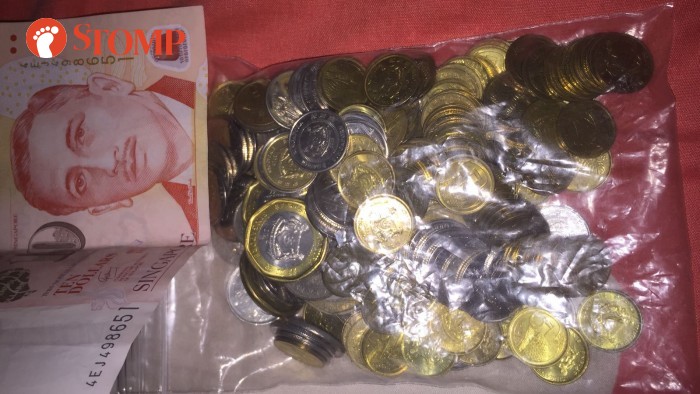 "I had no choice but to take it. I ended up crying."

As she could not count the money in the hospital, Y headed to the same police station again.

"The kind police officer there helped me to count the money, which was short of $1, and closed the case," she added.

According to Y, the ziplock bag consisted of $6 to $7 worth of five-cent coins, as well as several ten-cent and twenty-cent coins, and three one-dollar coins.

Unfortunately, Y's troubles did not stop there.

She said the seller continued to text her mocking messages after their encounter: 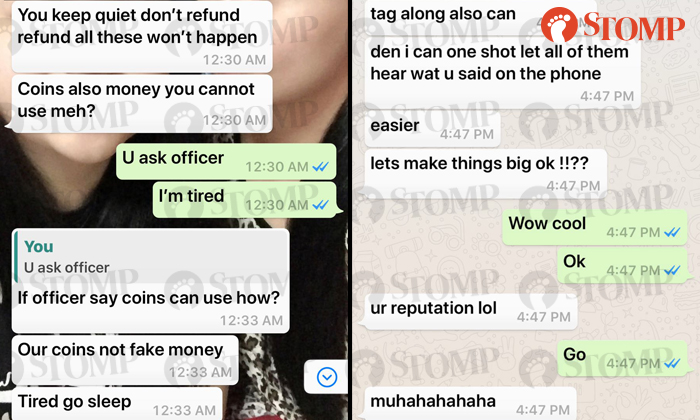 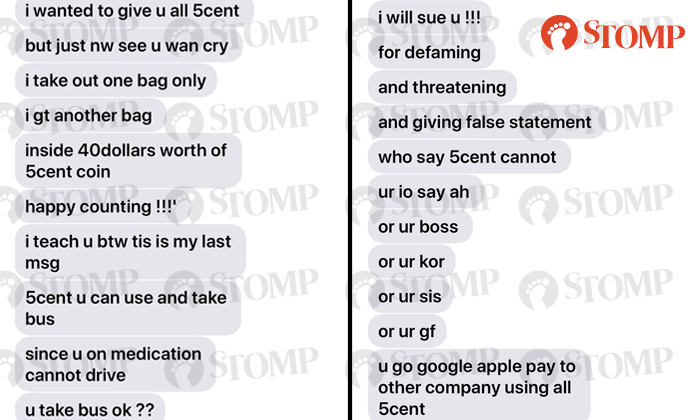 Screenshots from Y show how he told her that he had wanted to give her all five-cent coins, but did not do so as he saw that she was about to cry.

He also said he would "sue" her if she pursued the matter further, even though she just wanted her money back properly.

Y lamented to Stomp: "I have the right to a refund as a buyer. If you don't want to sell, then don't do all this to me.

"I know it's a small amount but it's really not gentlemanly. This guy is too much. He has gone overboard by bullying and threatening me like this.

"I just want my money but I know they won't do an exchange.

"I am very scared of them."

Y said the man's Carousell account has since been suspended, though it is unclear whether the suspension had anything to do with this dispute.

Browse the gallery for more screenshots.

Related Stories
Guy finds out that $450 ring he bought online is fake, seller goes MIA
Buyer who didn't receive item after paying $16 shares "signs you are getting cheated online"
Online seller advertises dental braces for just $300, says she is neither dentist nor nurse
More About:
scam
Carousell
dispute