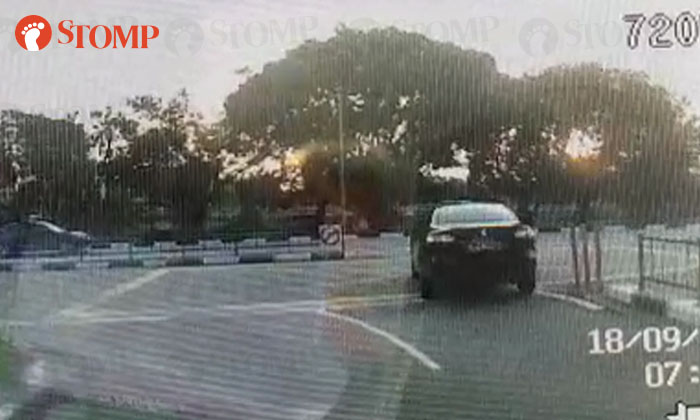 Stomper Mohamed was driving along South Buona Vista Road, near the NUH Medical Centre at about 7.20am on Tuesday (Sep 25) when he saw a car making an illegal right turn.

In a video taken by Mohamed, a black car is seen stopping at a lane that only allows vehicles to turn left, judging from the left-turn arrow on the road.

The car then made a right turn after another car passes by.

"I sounded the horn to alert the driver because I thought maybe he forgot that he was not supposed to make a right turn there, but he continued to turn right," said Mohamed.

"I've seen many drivers making an illegal turn there, probably because otherwise they would need to take a big loop to get to the expressway.

"I feel that this is very dangerous because there are drivers turning in as well and an accident might happen.

"I will go online and see how to make a traffic police report."

Related Stories
Little boy does everything right when crossing road -- but van driver fails to stop for him
Wah, this van driver can steer wheel and talk on the phone -- at the same time
Jaguar driver jumps queue by going against traffic in Kaki Bukit carpark, allegedly causes fender bender
More About:
dangerous driving
reckless
illegal turn