Car ends up on pavement in accident at Woodlands Crescent 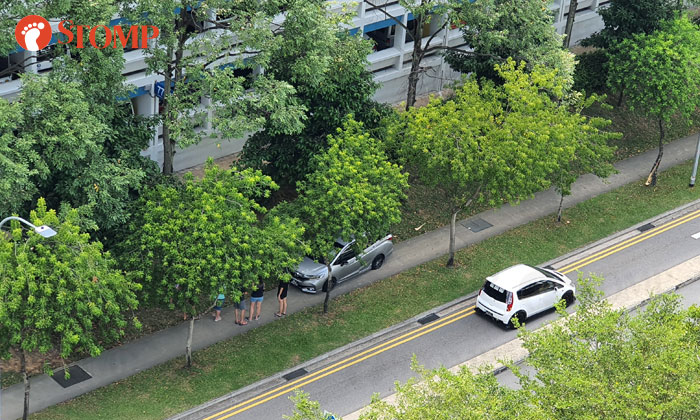 A car ended up on a pavement along Woodlands Crescent in an accident on Sunday afternoon (Mar 29).

Stomper Suganya alerted Stomp to the incident and shared a photo of the scene near Block 780A Woodlands Crescent.

"I was watching television at about 3.45pm when out of nowhere, I heard a loud noise like a huge 'bang'," she said.

"When I looked out the window I saw a car on the pavement with a damaged front bumper.

"After a while, passers-by from the coffee shop opposite the road offered help.

"The car was towed away at about 6pm."

In response to a Stomp query the police said they were alerted to the accident at 4.28pm.

"No injury was reported," a police spokesman said.