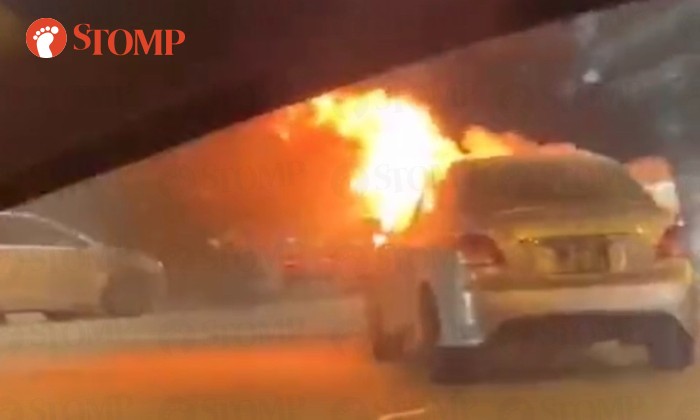 A car caught fire at the junction of Tampines Avenue 2 and Tampines Street 23 on Sunday (Sep 27).

Two anonymous Stompers informed Stomp about the incident and sent videos of what happened.

In the videos, the car is seen engulfed in flames and smoke can be seen billowing into the sky.

"I am amazed," said one of the Stompers.

"How can a car catch fire halfway while being driven?"

In response to a Stomp query, the Singapore Civil Defence Force (SCDF) said they were alerted to the fire at 8.50pm.

"The driver and a passenger self-evacuated prior to SCDF's arrival."