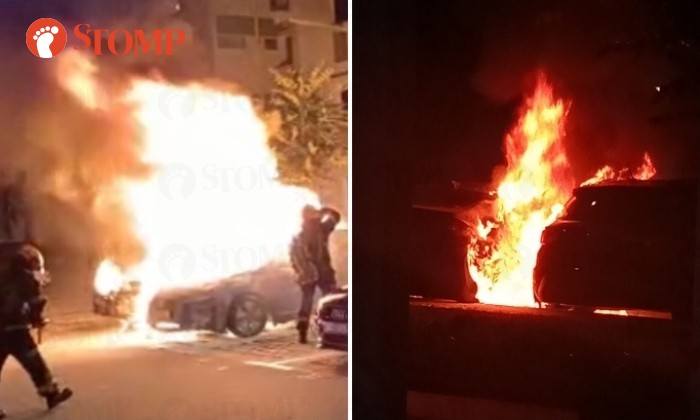 Stompers Susila, Freddie and Anonymous alerted Stomp to the incident and sent photos and videos of what happened.

In the video, flames and smoke can be seen engulfing a black car and a taxi.

"We were standing at the sheltered pathway," said Susila.

"Someone had already called the Singapore Civil Defence Force (SCDF).

"The fire was very traumatising for my kids who saw it.

"There was a lot of smoke and I was afraid something was going to explode but SCDF came really quickly and put out the fire."

In response to a Stomp query, SCDF said they were alerted to the fire at 10.55pm.

"One car that was parked adjacent to the burning vehicle was also affected by the fire.

"There were no reported injuries. The cause of fire is under investigation."