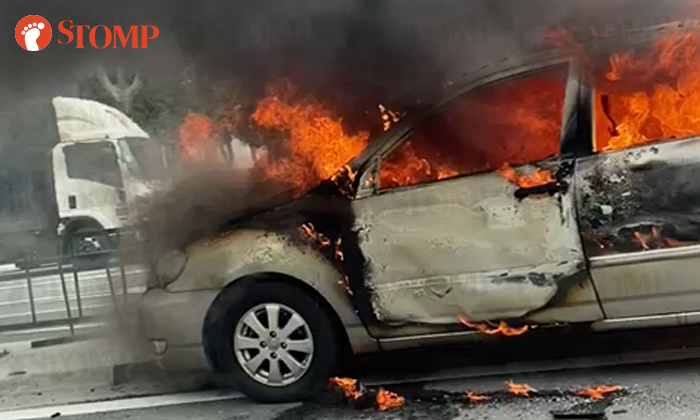 One person was taken to hospital after a car caught fire and was seen engulfed in smoke at the junction of Woodlands Avenue 1 and 2 on Tuesday (Sep 15).

Stompers ET, Freddie, Leona, Faith and three anonymous Stompers alerted Stomp to the incident and sent photos and videos of what happened.

In the videos, the car can be seen completely up in flames. Black smoke can also be seen billowing to the sky.

In one of the photos taken by Stomper Anonymous, personnel from the Singapore Civil Defence Force (SCDF) can be seen surrounding the car after the fire had been put out. 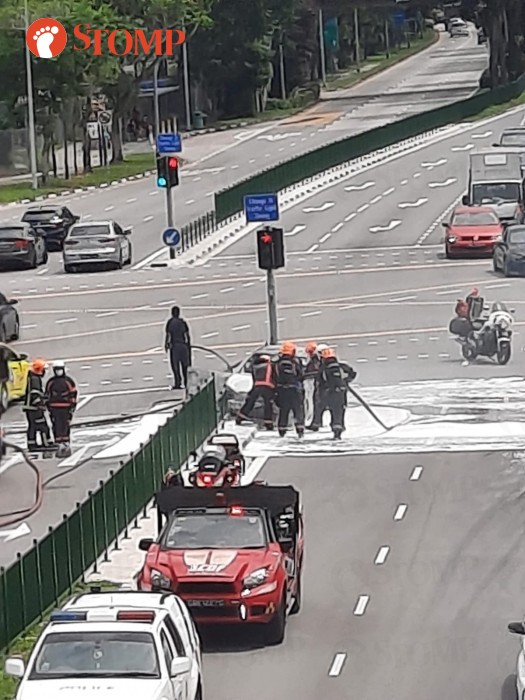 In response to a Stomp query, SCDF said they were alerted to the fire at about 2.10pm.

"The fire involved the engine compartment of a car," said an SCDF spokesman.