Car bursts into flames on BKE: Smoke spotted from miles away 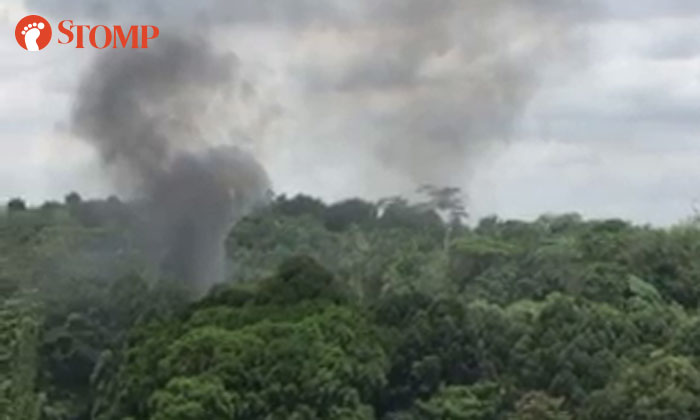 A car caught fire on the Bukit Timah Expressway (BKE) towards Woodlands, before the Kranji Expressway (KJE) on Wednesday afternoon (Feb 3).

Stomper Haley alerted Stomp to the incident and shared videos she took of smoke rising into the air from her home.

"We dialled 995 as soon as we saw a cloud of black smoke coming from the forested area at Zhenghua Park," she said.

"However the specific location was unclear as the BKE runs right along the park and our vision of the road is blocked by the forestry."

"Shortly, within minutes, fire engine sirens could be heard in the distance.

"The dark smoke became white - a sign that the fire had been extinguished.

"A strong whiff of burnt rubber came our way and we figured it could have been the burning of rubber tyres.

In response to a Stomp query, the Singapore Civil Defence Force (SCDF) said they were alerted to the fire at about 1.50pm.