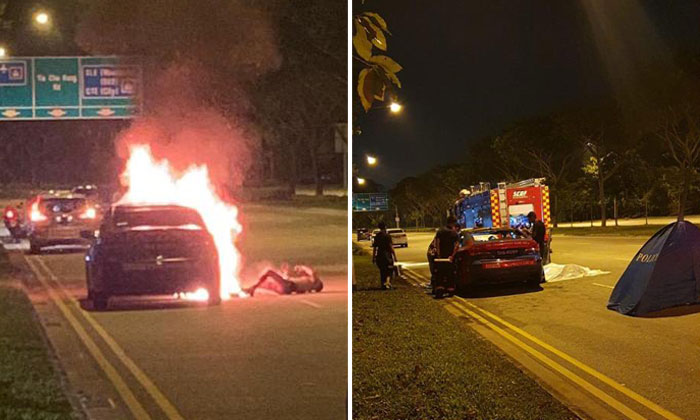 A 58-year-old taxi driver died after the taxi he was driving caught fire in Seletar West Link in the wee hours of Tuesday morning (March 31).

The police were called to the incident at 1.26am.

The driver was found unresponsive and pronounced dead at the scene by an SCDF paramedic.

“Our cabby suffered burns and (was) found outside the taxi,” she said.

“We are currently assisting his next of kin during this incredibly difficult time. Very little is known about the incident at this time and the exact cause of the fire is still unknown. We will be assisting the SCDF in their investigations,” she added.

The taxi was 3½ years old and last underwent servicing on March 19, with no major issues detected, she said.

In photos circulating on social media, the taxi is seen burning at the side of the road.

Another photo shows a blue police tent set up behind the taxi after the fire was extinguished.

The fire is being investigated by SCDF and the police.