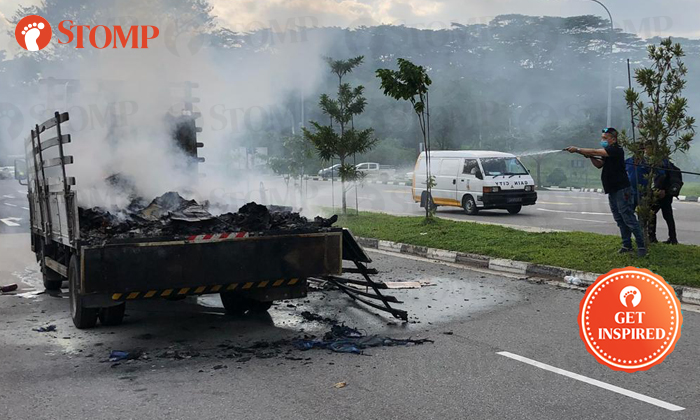 A lorry that was carrying cardboard caught fire near the Singapore Turf Club on Saturday afternoon (Feb 15).

Stomper Alvin, a 50-year-old ComfortDelGro cabby, was driving along Turf Club Avenue at around 5pm when he noticed the blaze.

He recounted to Stomp: "I stopped my taxi and took out a fire extinguisher from the boot to help put out the fire. 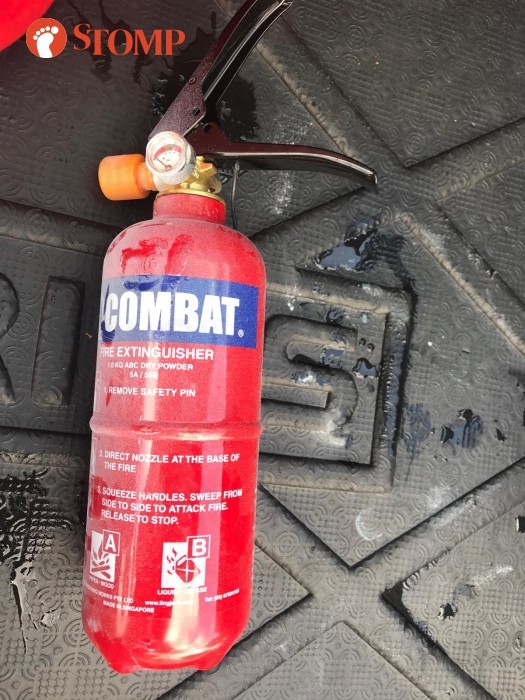 "Shortly after, another ComfortDelGro taxi driver and a SBS Transit bus driver came to assist. They also called the authorities."

Although the fire could not be completely extinguished, the three men's efforts managed to stop it from spreading. 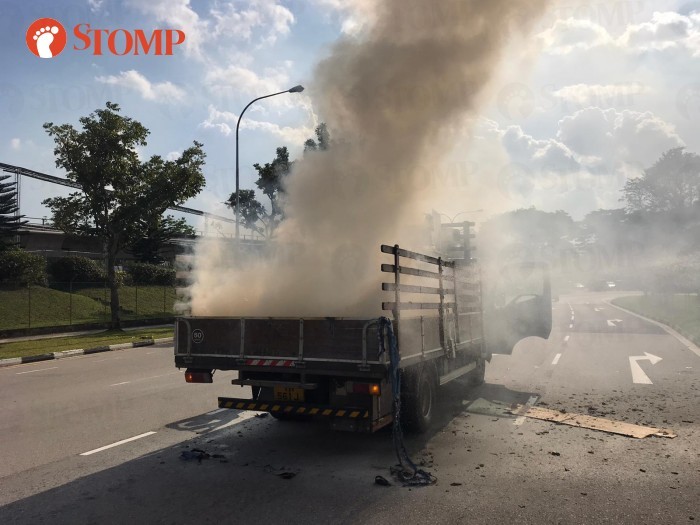 An SCDF spokesman told Stomp that it responded to the vehicle fire at the junction of Turf Club Avenue and Woodlands Road at around 4.52pm.

The fire was extinguished by the SCDF using a hose reel.

No injuries were reported and the cause of the fire is under investigation.

In a Facebook post on Monday (Feb 17), transport operator ComfortDelgro lauded the two taxi drivers for their swift action.

"Both cabbies will be rewarded by the company for their bravery," it said.