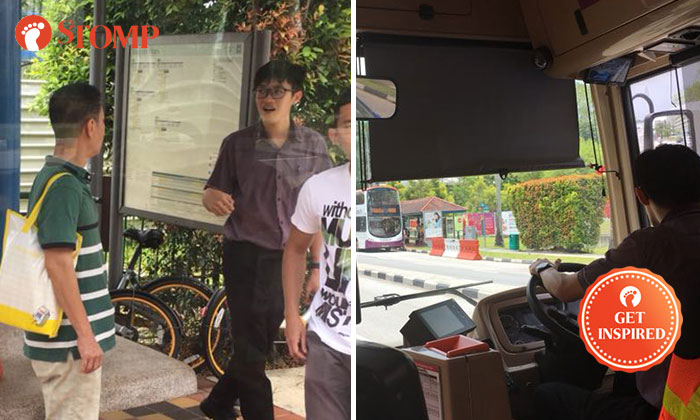 Stomper Amy was impressed by the dedication of a bus captain who went the extra mile to guide some elderly passengers.

She told Stomp in a phone interview that she had boarded bus service 52 from the Jurong East Bus Interchange on Saturday noon (March 24) and was heading towards Bishan.

Along the way, some elderly folks boarded the bus at a bus stop and asked the bus captain if the bus was headed for Ang Mo Kio.

The bus captain told them it was not and the senior citizens alighted the bus.

Seeing that they were still unsure about the buses they could take, the bus captain also got off to help them check for viable routes.

“He could have just driven off but he alighted just to help.

“I’ve taken his bus a few times already and he is always smiling, friendly and courteous to all the passengers.

“I feel that he deserves more recognition.”