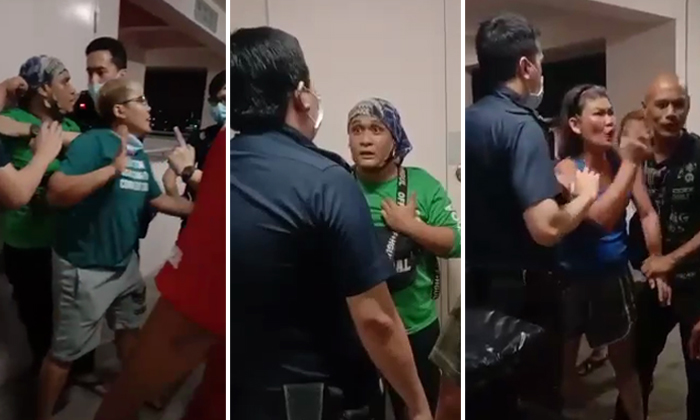 Two people were arrested following a rowdy dispute that broke out at a residential block in Bukit Batok on New Year's Eve last year (Dec 31).

Several readers alerted Stomp to a circulated video of the ruckus that occurred at a lift lobby at Bukit Batok West Avenue 9.

It is unclear what the dispute, which appear to involve several parties, was about.

Responding to a Stomp query, the police said they received a call for assistance at the block on December 31, 2020, at 11.47pm.

"A 44-year-old woman was found to be armed with a spanner," police added.

A crowd had also gathered at the scene and a 33-year-old man amongst them had allegedly hurled vulgarities at one of the police officers.

The spanner was seized.

"Both the man and the woman will also be investigated for alleged breach of safe distancing measures under the COVID-19 (Temporary Measures) (Control Order) Regulations 2020," the police told Stomp.