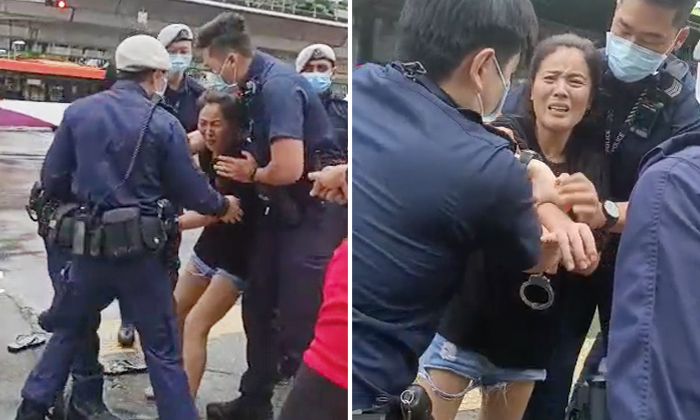 A 43-year-old woman, who is believed to be of unsound mind and was caught on camera causing a ruckus in Ang Mo Kio, had to be restrained for the safety of herself and other road users, said the police.

The police's statement comes in response to a video of the incident that has been circulating on social media.

Responding to a Stomp query, the police said they received a call for assistance "in relation to a woman who was believed to be of unsound mind and creating trouble" at 4.43pm.

"When the police officers arrived, they attempted to engage the 43-year-old woman but she was uncooperative and started shouting incoherently," police added.

"She also behaved in an erratic and aggressive manner near the road junction. For her safety and the safety of other road users, officers proceeded to restrain her and bring her to safety."

Female police officers subsequently arrived at the scene to assist.

The police told Stomp: "The woman was apprehended under Section 7 of the Mental Health (Care and Treatment) Act.

"No injuries were reported during the incident.

"Police officers have a duty to protect lives and property as well as to maintain peace and order. Male officers are allowed to apprehend women in the execution of their duties, without a female officer present."