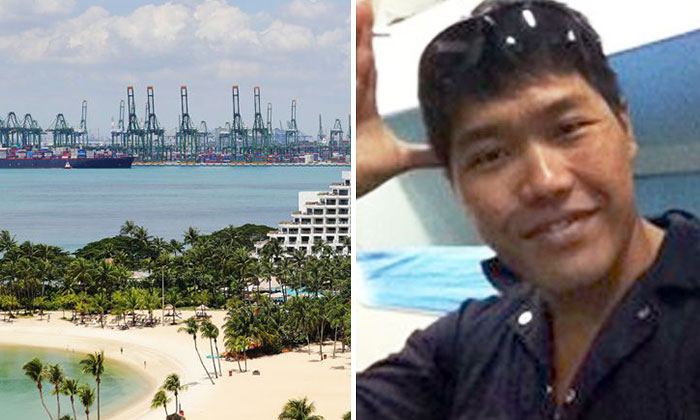 A commercial diver reported missing on Saturday (May 5) was discovered dead on Monday evening (May 7) in the sea off Sentosa.

Mr Seet Choon Heng, also known as Jake, had been conducting underwater operations for the vessel Jork at the Western Anchorage when he went missing.

The Maritime and Port Authority of Singapore (MPA) was promptly alerted of Mr Seet’s disappearance at 2.43pm on the same day.

A police spokesman told The Straits Times that they were alerted to the discovery of the body of Mr Seet at 6.36pm on Monday, and are investigating the unnatural death.

Mr Seet’s body was found by two MPA and Police Coast Guard patrol craft during a search and rescue operation.

Dive boats and divers from a commercial diving company were also deployed to support the operation.

Mr Seet who is believed to have had more than a decade of diving experience under his belt is survived by two sons, aged three and six, as well as a pregnant wife.

Mr Seet’s older sister,  37-year-old Jacqueline Seet, had made an appeal for authorities to bring her brother home prior to the discovery of the body.

Ms Seet spoke to the media on Monday:

“As of this point in time, we do not know what exactly had happened, how it happened, what steps and measures would be taken moving forward, and Jake’s employer’s protocol for handling such situations.

“We are extremely distressed by the limited information and answers made available to us.

“We were told to wait for updates.”

She revealed that Mrs Seet had found out about her husband’s disappearance after a friend from the same industry called her at 6pm on Saturday.

“Neither the authorities nor Jake’s employer called us to inform us about the incident.”

She also said that the family was informed by her brother’s employer and colleagues to wait for news.

Chairman of Commercial Diving Association (Singapore), Abdul Malik, told The Straits Times that Mr Seet, one of some 200 commercial divers in Singapore, was a veteran and had been involved in commercial diving work for some time.

This includes inspecting and repairing vessels, as well as routine maintenance such as cleaning hulls and propellers.

“Singapore is one of the busiest ports in the world, and a very large number of sea-going vessels will drop anchor at any one of the anchorages for a variety of reasons.”

Related Stories
Man dies on his birthday after car overturns on ECP, victim's mother collapses from grief
NUS student who died in Clementi crash was only child: "She is my source of joy"
'We can't lose him': Family of 5's world turned upside down after man gets cancer
More About:
diving
death
tragic