'We can't lose him': Family of 5's world turned upside down after man gets cancer 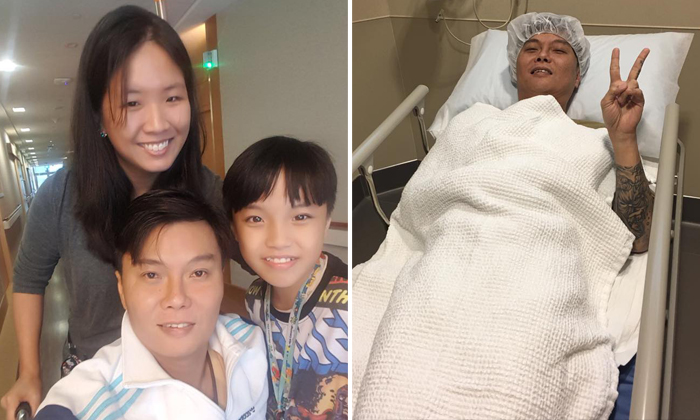 "Full of tattoos with red dyed long hair", Brian Lim is probably some girls would think twice about dating and a guy that your parents probably would not approve of.

Not for Ju-ann Thong, however, who knew she had found The One when she saw the look of love in his eyes.

In an emotional Facebook post yesterday (March 16), she shared how Brian once told her: "I can't give you big cars and big houses, but I can promise you that you will have food to eat and a bed to sleep on." 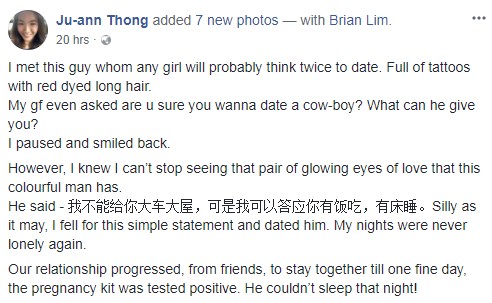 Ju-ann has a son from a previous marriage, whom Brian loves and dotes on like his own:

The couple eventually got married and had two children, a son and a daughter, together.

Ju-ann's mother also started warming up to Brian, who continued showering his wife with love and was the perfect father. 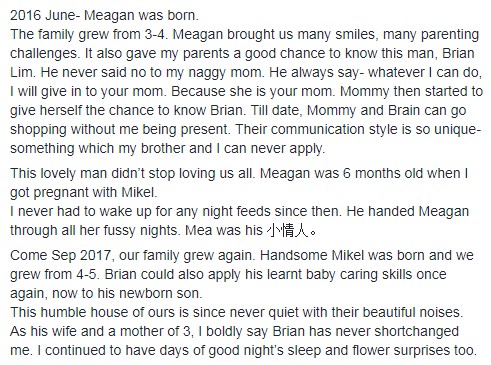 The family lived in bliss -- until a cancer diagnosis last year threatened to destroy all that happiness.

Ju-ann told Stomp that Brian was diagnosed with transitional cell cancer of the renal pelvis.

But despite his illness, Brian's family continued to be his top priority.

If anything, he only worked even harder.

But regardless of how bleak and uncertain things might get, Ju-ann says she knows that Brian will not stop fighting -- nor would she. 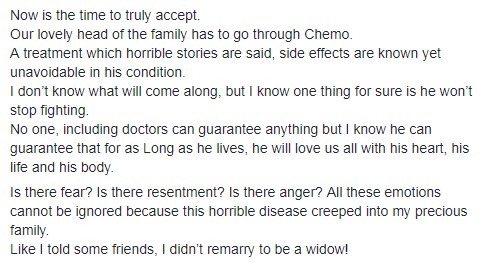 In her post, Ju-ann asked that everyone pray for her husband "to let him know he is not going through a lonely battle." 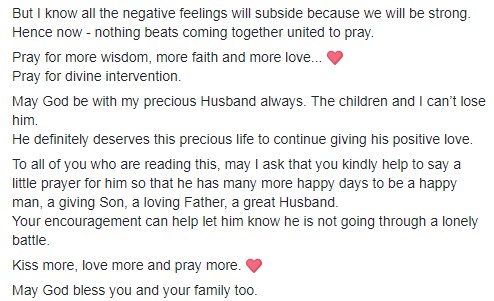 Ju-ann's heart-wrenching  post has since gone viral with over 4,600 shares and nearly 3,000 comments, many of which are from netizens wishing Brian a speedy recovery and encouraging the family to stay strong.

"Never lose hope, never stop fighting. Your kids and yourself are his biggest strength," commented one user.

Related Stories
Woman's 'His Love vs My Cancer' story will make you cry buckets: "I really thought I was going to die"
Woman shares her brave battle with cancer in heartbreaking photos after having 4.8kg cyst removed
Cancer patient, 8, suffers relapse and asks mum:"Why not kill me and give birth to me again?"
"If I die, can you name your future child after me?": 6-year-old cancer patient’s last words to parents
More About:
heartbreaking
heartwarming
tragic
cancer
touching
love
romantic