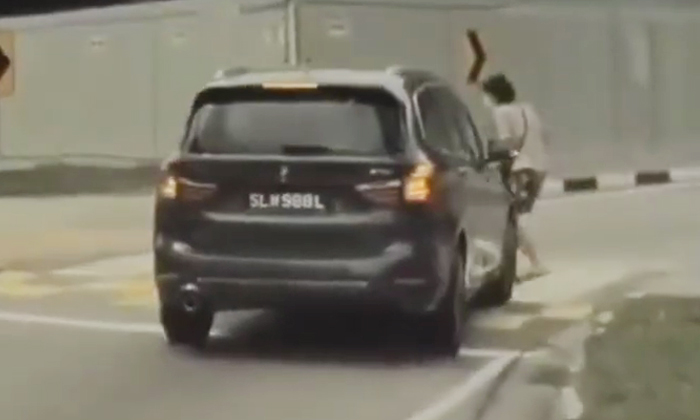 A BMW driver hit a pedestrian who was crossing the road after failing to stop for her.

According to Facebook page SG Road Vigilante, which posted a video of the incident, the pedestrian had gotten hit by the BMW, which can be seen jerking to an abrupt stop.

Fortunately, the woman appeared to be unhurt and continued on her way.

Many netizens slammed the driver for his recklessness and being "blur like sotong".

One user wrote, "Seeing pedestrian at the side, the driver should automatically stop his car. Why still went ahead!?"

Several were also surprised by the woman's lack of reaction. A netizen called her "forgiving" while another speculated, "Maybe she thought she is in the wrong."

However, there were also those who felt that she could have been more careful and looked out for traffic before crossing the road.