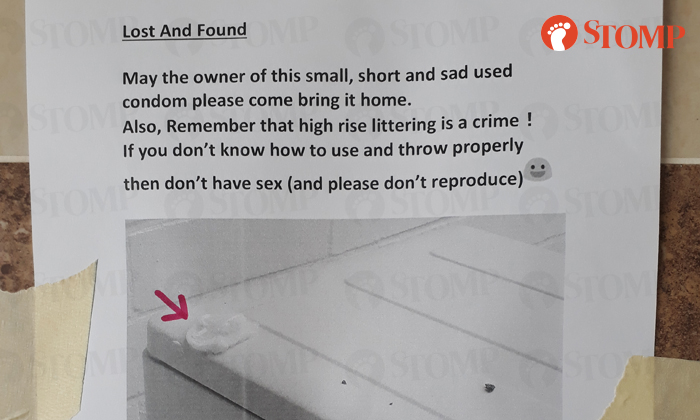 Putting up lost-and-found notices for a missing pet or prized possession are the norm.

But one Bishan resident has taken a savage approach with his lost-and-found notices to chastise a litterbug.

Stomper Liz first spotted the unusual notices at Block 177 Bishan Street 13 on Tuesday (Jan 12). She said they had been pasted on the walls of the lift lobbies from the 7th to 11th floor.

The notices even came in two languages. 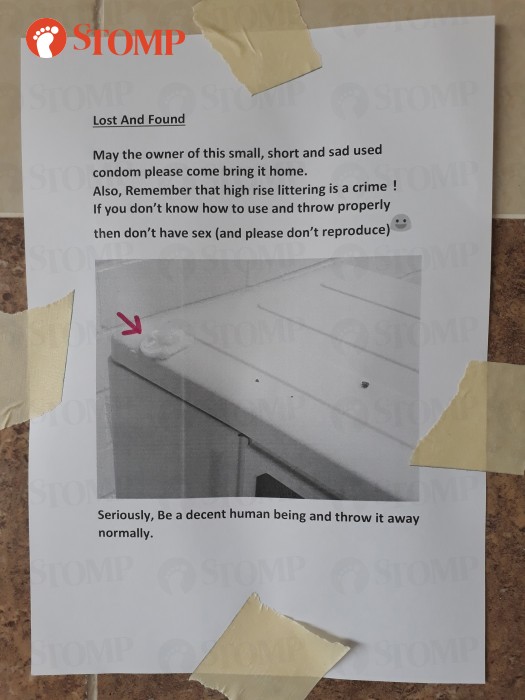 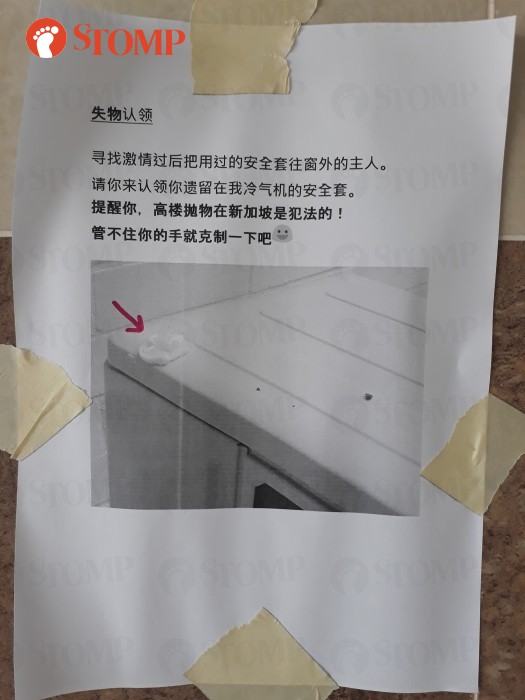 May the owner of this small, short and sad used condom please come bring it home.

Also, remember that high rise littering is a crime!

If you don't know how to use and throw properly then don't have sex (and please don't reproduce) :D

Seriously, be a decent human being and throw it away normally.

Accompanying the note is a photo of the used condom, which appears to have landed on an air-con compressor after being discarded from height.

Liz told Stomp: "This is the first time I have seen a notice of this nature. In the past, they are usually notices for info on lost pets.

"I was amused at first, but after the reality sunk in, I was disgusted at the behaviour. At the same time, I felt sorry for the person who has to dispose of it.

"The notices were still up when I left my house at 12.30pm today (Jan 13), but I'm not sure if the cleaners have taken them down by now."

Stomp has contacted the town council for more info.