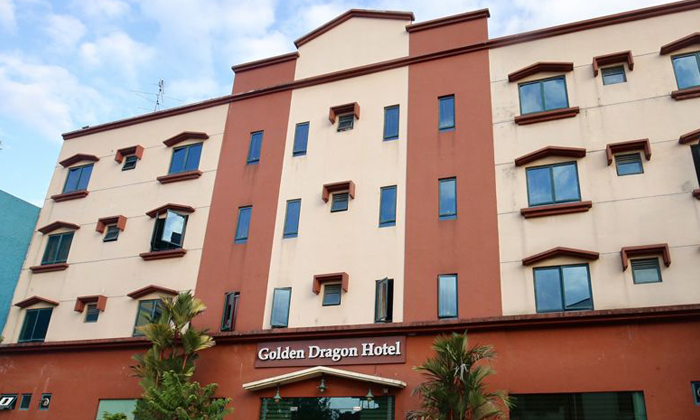 A 31-year-old Bangladeshi painter, who strangled his Indonesian girlfriend of six years after she refused to break up with another man she was seeing, is now facing the mandatory death penalty for murder.

On Tuesday (Sept 15), Ahmed Salim went on trial in the High Court for murdering domestic worker Nurhidayati Wartono Surata in a room at the Golden Dragon Hotel in Geylang on the evening of Dec 30, 2018.

Prosecutors accuse him of having intended to kill the 34-year-old woman, contending that the Bangladeshi had taken along a drawstring when they met that day.

"He had been keeping the drawstring with him since discovering the deceased's new relationship on Dec 9, 2018," said Deputy Public Prosecutor Hay Hung Chun in his opening address.

However, the defence contends that Ahmed had been provoked by the woman, who allegedly told him: "The other man is better than you in bed and better financially. If you don't believe (me), I will take a video next week to show you."

Lawyer Eugene Thuraisingam said the defence was also relying on psychiatric evidence that Ahmed's responsibility for his actions had been reduced because he was suffering from an adjustment disorder at the time.

DPP Hay countered that Ahmed's claim that the woman had uttered those words was "fabricated" and that the accused did not qualify for a diminished responsibility defence.

The court heard that Ahmed and Ms Nurhidayati, who worked for a family in Serangoon, started a relationship in May 2012 after a chance encounter.

They went out on alternate Sundays and had sex once a month. In November 2017, they agreed to get married in December 2018.

But in mid-2018, she started seeing Bangladeshi plumber Shamin Shamizur Rahman, whom she met once a month on Sundays.

Ahmed suspected that she was cheating on him and confronted her. After she admitted that she was dating another man, Ahmed told his mother in Bangladesh to help him find a wife.

Soon after, Ahmed and Ms Nurhidayati reconciled. They continued dating each other but quarrelled over her infidelity.

Once, in a hotel room, Ahmed pressed a towel over her mouth but let go after she started struggling.

After she had sex with Mr Hanifa at a hotel in Aljunied, she told him that she was in a relationship but promised her new beau that she would make a clean break with Ahmed.

On Dec 9, 2018, she told Ahmed that she had a new boyfriend and that he should return to Bangladesh for his arranged marriage.

On Dec 23 that year, Ahmed and Ms Nurhidayati met at a hotel room, where she paid him back $500 she had borrowed from him. She told him she would continue seeing him but after parting ways, she called him to break up with him.

"After they had sex at the hotel, the accused repeatedly threatened to kill the deceased if she did not end her relationship with her new boyfriend. When the deceased refused, the accused brutally strangled her with a towel around her neck," said the DPP.

The DPP said Ahmed rounded the towel around her neck, pushed the woman onto the bed, stood on the bed and stepped on one end of the towel while he pulled at the other end.

"Blood flowed from her ear, but the accused pulled even harder until she became motionless," said the DPP.

The DPP said that when Ahmed heard air rushing out from the woman's mouth, he wound the drawstring around her neck several times, tightened it and tied a few knots to make sure she was dead.

"He twisted her head from left to right for good measure," the DPP said.

Ahmed then paid $30 at the reception for a two-hour extension. He took $30 from the dead woman, her mobile phone and her ez-link card, and returned to his dormitory at Sungei Tengah Lodge.

There, he handed about $1,000 to his colleague and roommate Khalik Md Abdul, telling him to remit the money to his father. He also told Mr Khalik that he had killed somebody.

Ms Nurhidayati's body was found at about 10.15pm by a hotel receptionist.

Police officers and paramedics found her lying on the bed, covered in a blanket up to her shoulders. The drawstring was around her neck, while a blood-stained towel was found beside her.

An autopsy found the cause of death to be strangulation and cervical spine injury.

Institute of Mental Health psychiatrist Christopher Cheok found that Ahmed had adjustment disorder but said there was no contributory link between the disorder and the killing.

The defence will be calling private psychiatrist Ken Ung to say that the disorder had affected Ahmed's actions.