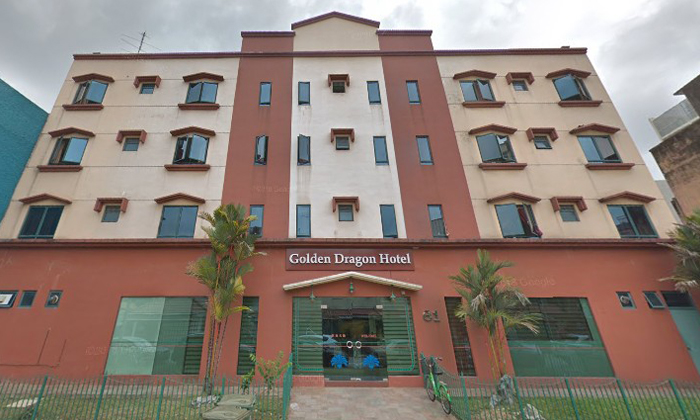 The police said they received a call for assistance at 61 Westerhout Road at 10.45pm and found the woman lying motionless inside a room.

She was pronounced dead by paramedics at the scene.

Stomp understands that she had marks on her neck and bruises on her arms.

A 29-year-old man was identified as a suspect and arrested within 14 hours of the report being lodged, said the police in a statement on Monday (Dec 31).

Both the victim and the suspect are known to each another.

According to Lianhe Wanbao, the woman is believed to a domestic worker from Indonesia while the man is a work permit holder from Bangladesh.

The pair, believed to be a couple, had checked in to the hotel at around 5pm, said an employee who declined to be named.

They had originally booked a room for three hours ($40), but the man later approached the reception desk and requested to book the room for another two hours ($30).

After noticing that five hours had passed, hotel staff went upstairs to check and knocked on the room door. However, nobody answered.

Sensing something amiss, the staff used a key to unlock the room and found someone lying on the bed while covered with a blanket from head to toe.

Hotel staff removed the blanket and discovered the woman, who was unresponsive.

The suspect will be charged in court on Jan 2 for murder.