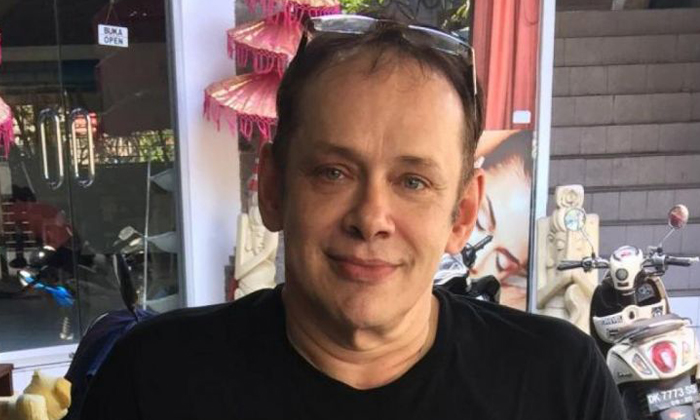 An Australian man sexually abused dozens of boys, some as young as 10, while working in Singapore from 2000 to 2017.

Labelled as one of Australia's worst sex offenders, Boris Kunsevitsky, 52, travelled through South-east Asia and exploited at least 47 young boys, including some in Singapore.

He took more than 3,300 photographs and videos of himself performing sexual acts with at least 25 of his victims and distributed them online.

His victims were aged 10 to 15. Most were children living in poverty in the Philippines. The exact number of his victims in Singapore is not known. Others included a boy in Indonesia and another in Australia.

Yesterday, Kunsevitsky pleaded guilty to a long list of charges, including 25 counts of having sex with children outside Australia and 12 counts of getting a child to have sex with another child.

The Supreme Court of Victoria in Melbourne heard that he travelled so frequently he filled up several passports and caused untold damage to his victims on his trips.

Kunsevitsky was born in Russia and moved to Australia when he was 12. The website of Melbourne newspaper The Age reported that Singapore was his "adopted home".

They later alerted their Australian counterparts who began investigating Kunsevitsky in 2016 while he was in Singapore.

They arrested him after finding child exploitation material on his phone when he returned to Melbourne to visit his family in 2017. They then shipped his possessions from Singapore to Australia and found his catalogue of vile material, which showed him having sex with boys or having them perform sex acts on each other.

In some recordings, he was heard telling his victims to smile and relax when they appeared to be in pain, the court was told. His earliest video was dated 2001.

The court heard that Kunsevitsky, who was diagnosed with a paedophiliac disorder after his arrest, travelled regularly through South-east Asia under the guise of work in sales roles, and later for a medical equipment company, but instead used the trips for sex tourism.

His lawyer, Mr Ian Crisp, disputed the seriousness of his client's crimes by claiming the boys in the videos were "simulating" pain.

Prosecutor Krista Breckweg said the claims showed a lack of remorse and called the acts "depraved and despicable".

Kunsevitsky's last job in Singapore was as technical director of aesthetics products company Esthemedica, which he joined in 2014.

Confirming Kunsevitsky as an employee, Esthemedica general manager Albert Chan told The New Paper he was surprised to hear of his crimes.

"He told us he was working from Melbourne as he was recovering from some illness," he said. "He is the technical director, giving us occasional technical advice, but he has not been back here for about two years."

A character reference by Kunsevitsky's employer, who was not named, was presented in court yesterday.

Mr Crisp said the employer had not been informed of his client's crimes and made the reference knowing only that he was before the court.

Kunsevitsky, dubbed by Australian media as one of the country's worst sex offenders, faces decades in jail. He is in remand pending sentencing.

When contacted yesterday, Singapore police said they are in touch with the Australian authorities and will "render the necessary assistance within the ambit of our laws and international obligations".

Related Stories
LTA security auditor jailed for 15 years for having sex with 15 boys, mainly in JCube toilet
Man who sexually abused daughter since she was 5 and raped her at age 11 gets 29 years' jail
P2 girl sexually abused by father after asking for help with homework -- and it went on for 4 years
More About:
sex
court
sexual abuse