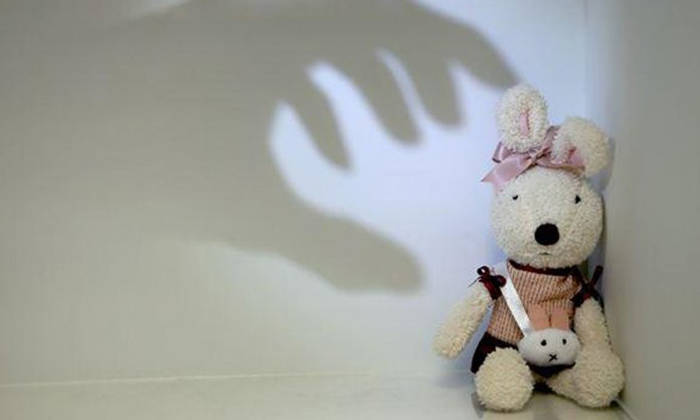 A Primary 2 girl approached her father for help with her homework but instead, he made her perform a sexual act on him behind a locked bedroom door.

Over a period of four years, from 2010 to 2013, the girl continued to suffer sexual abuse at the hands of her father, who stopped only when she was in Primary 6.

She kept the secret to herself until she told her boyfriend, and then her mother, when she was in Secondary 3. But the family decided to let the matter rest.

It was nearly a year later, after the girl's mother complained about her daughter's boyfriend being a "bad influence", that the boy broke down and told a teacher about the sexual abuse that the girl suffered in her own home.

On Monday (May 13), the girl's 53-year-old father, a retail sales supervisor, was sentenced to 12½ years' jail by the High Court after he pleaded guilty to two charges of aggravated sexual assault by penetration and one charge of aggravated molestation.

Five other similar charges were taken into consideration.

The man cannot be named, as there is a gag order to protect the victim's identity.

His jail sentence includes a one-year term in lieu of the 24 strokes of the cane that would have been imposed had he not been over the age of 50.

The court heard that the victim was the second of the man's three children with his wife, a 43-year-old sales promoter. The couple also have an older daughter and a younger son.

The couple's relationship was strained at the time, the court heard. As the wife had to work the night shift, the accused was primarily responsible for looking after the children.

In 2010, the man began making the victim perform oral sex on him and also molested her by rubbing himself against her.

The victim, unaware that the acts were wrong, merely did as she was told. She also obeyed his instructions not tell anyone about the incidents.

In 2016, the victim got into a relationship with her Secondary 2 classmate. She started confiding in him about the abuse the following year.

The boy advised her to tell her mother, but the victim was worried that it would break up her family.

He also sent a text message to the girl's mother, saying that the victim had something important to tell her.

The victim was initially reluctant but finally told her mother in mid-2017.

Her mother then confronted the accused, who admitted what he had done and sought forgiveness from the victim.

During this time, the victim continued seeing her boyfriend, despite disapproval from her parents, who wanted her to focus on her studies.

In March last year, her father got into a fight with the boyfriend when she returned home at about 3am after a night out.

Later that week, at a parent-teacher meeting, her mother complained about her staying out and blamed the boyfriend.

The teacher then scolded the girl, who began crying during the session.

Later, when the teacher confronted the boy and scolded him for being in the relationship, the boy revealed the sexual abuse.

The school then alerted a counsellor from the Ministry of Social and Family Development and arranged for the victim to file a police report.

The girl's father was arrested the same day.

On Monday, Deputy Public Prosecutor Asoka Markandu said the accused had persistently abused the trust that his daughter had in him and took advantage of her vulnerability when she asked him for help with her homework.

The man's assigned lawyer, Mr Wendell Wong, said his client felt shame and remorse and had spared his daughter further anguish by admitting to his serious mistakes.

Related Stories
Man in daughter's sexual abuse trial paid witnesses to testify that his penis was deformed: Prosecution
Man who sexually abused GF's 8-year-old daughter gets 12 and a half years' jail, 15 strokes of cane
Man sexually abused stepdaughter for over 6 years, says he did it due to "increased sexual need"
More About:
sexual abuse
sexual assault
abuse
court