Audi driver, you can run after hitting car on PIE but you can't hide 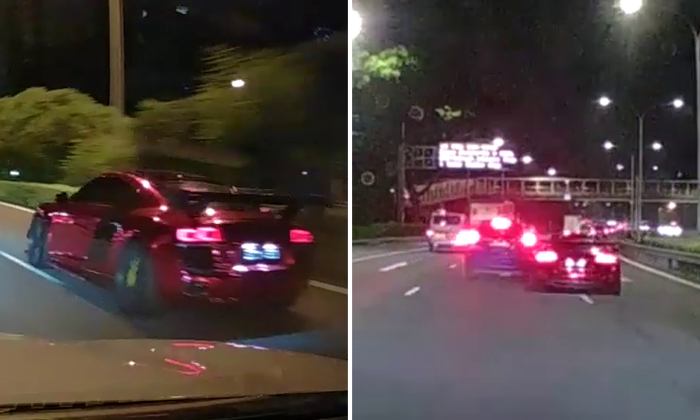 An Audi driver apparently drove off after colliding with another car along the Pan-Island Expressway (PIE) in the early hours of Sunday (May 12).

However, the incident was captured on camera by Facebook user Andrew Tan, who then uploaded the video online.

Andrew wrote that he "witnessed a hit-and-run accident" at around 6.10am, where a red car, identified as an Audi R8, hit a blue car and "sped off".

The video shows the Audi travelling at high speed on the expressway's rightmost lane, though its driver seemed unable to stay within the lane.

It then crashed into the rear of the blue car, which is seen moving to the leftmost lane following the accident.

However, the Audi continues on its way and soon disappears from view.

Related Stories
Volkswagen mounts road divider in alleged hit-and-run accident in Clementi
Audi driver suddenly crashes into road divider on TPE -- then speeds off like nothing happened
Man looking for female driver who hit his car while overtaking him at Jalan Toa Payoh
More About:
hit-and-run
accident