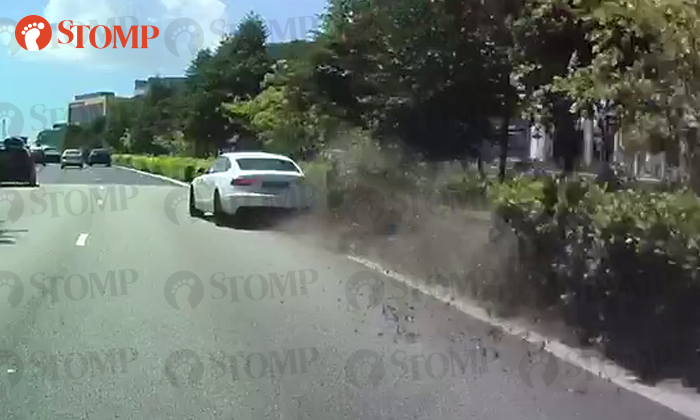 Stomper Kns was shocked when he witnessed a car crashing into a road divider along the Tampines Expressway (TPE) right in front of him on Sunday (Apr 7).

A video of the incident, which occurred at around 11.44am, was captured on the Stomper's dashboard camera.

It shows the Audi travelling on the expressway before suddenly going towards the central road divider and crashing into it.

The car also grazed some bushes.

However, the driver did not stop at all during the incident, only righting his path before speeding off.

Kns said: "I got a shock when I saw this Audi crash into the road divider.

"If I did not apply my emergency brakes, I would have collided with the Audi.

"I was too shocked to see the driver and he sped off very quickly."

Kns, who has yet to make a police report, hopes that action can be taken against the driver by sharing this video.