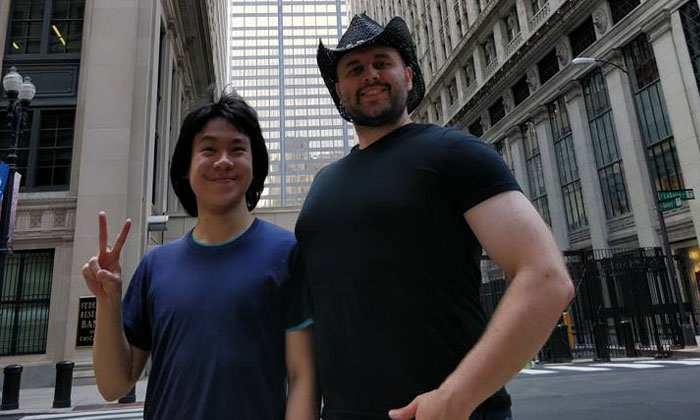 Singaporean blogger Amos Yee is now free after the United States Immigration Appeals Board upheld his application for asylum. The three-member board said that his fear of persecution was "well-founded".

According to The Straits Times, the Board said it agreed with the judge that Mr Yee's prosecution was "a pretext" to silence his political opinions.

Amos Yee first drew controversy here in Singapore in 2015 when he engaged in hate speech against Christians in a video he posted on YouTube, and for publishing an obscene image of former prime minister Lee Kuan Yew. He was convicted and given a four-week jail sentence.

Last year, he was charged again for hate speech, having deliberately posted comments on the Internet in the form of videos and blog posts that were derogatory of Christianity and Islam. He pleaded guilty and was sentenced to six weeks' imprisonment and a $2,000 fine.

Mr Yee had previously left Singapore for Chicago last December, a day before he was to report for a medical examination ahead of enlistment into National Service and sought political asylum in the United States.

He has been in the US Immigration and Customs Enforcement detention centre since he arrived in the US and applied for asylum last December.

Read the rest of the story on The Straits Times.

Related Stories
If America wants 'misguided recalcitrant' Amos Yee, it can have him
Amos Yee prosecuted for hate speech, not political dissent: Singapore to The Economist
Amos Yee shouts for help after guy grabs and holds on to him at Jurong Point -- but no one intervenes
More About:
Amos Yee
United States
politics
blogger
youtuber
asylum
Amos bids for US asylum