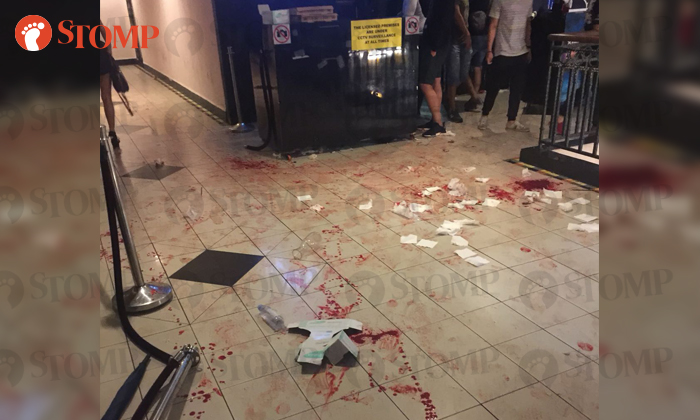 A fight broke out outside ICON II, a nightclub located in Parklane Shopping Mall along Selegie Road, early Thursday morning (May 31).

A Stomper said his friend was at a party at the club when the altercation occurred.

However, it is unclear what sparked the fight.

A source told Stomp that the dispute involved two customers who were leaving ICON II, and that club security had tried to intervene.

Photos and a video taken by the Stomper's friend show how the floor outside the club and toilets was stained with blood.

There were also pieces of tissue paper and tissues boxes strewn on the ground.

The Singapore Civil Defence Force (SCDF) told Stomp that it responded to a call for ambulance assistance at around 2am.

In response to a Stomp query, the police confirm that a report was lodged and said they are looking into the matter.

Anyone with more information can provide them to the police via www.police.gov.sg/iwitness or call the police hotline at 1800-255-0000.

All details will be kept confidential.