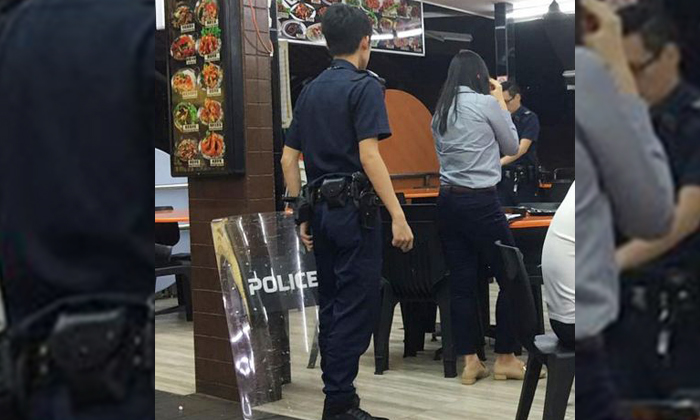 Infuriated that he was asked to get a cup of ice on his own, a 50-year-old customer took a knife and lashed out at the manager of an Hougang coffee shop in the wee hours of Sunday (Dec 24).

A police spokesman said that the man has been arrested for voluntarily causing hurt with dangerous weapons or means, and investigations are ongoing.

The incident occurred at around 1.50am at the coffee shop at Block 681, Hougang Avenue 8.

According to The Straits Times, the man had approached the 42-year-old coffee shop manager for a cup of ice.

When she told him that it was self-service, he was furious and took a steak knife from his table, before attempting to attack her.

Two regular customers stepped in soon after to break up the altercation and snatch the knife away.

It is believed that the man was drunk at the time.

The woman suffered a superficial cut on her left shoulder.