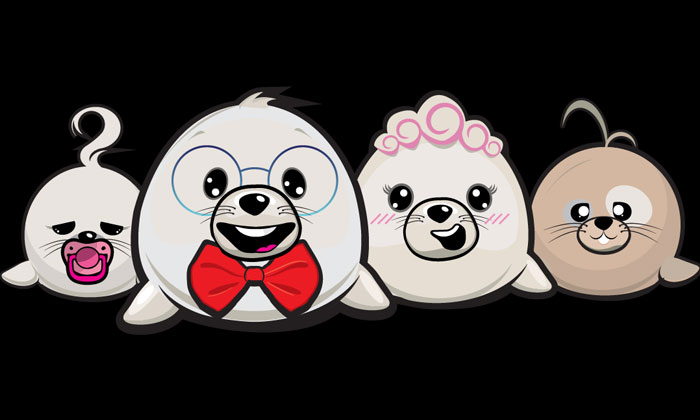 Have you met the Chipsleys? The adorable family of seals has been gaining popularity in Singapore with over one million fans on its Facebook page.

They were most recently featured in a video for Geylang Serai Community Club in celebration of National Day and are showcased at Snow City Singapore as well.

They even have their own series of sticks on the Line chat app.

What most fans might not know though, is that the creator of the lovable family of seals is 44-year-old Gojek driver Benny Tay.

Benny, who has been driving for Gojek since 2018, shared with Stomp that the inspiration behind the Chipsleys was his own love for design and his wife's love for cute animals and characters.

"I figured I would create something for her," he said. "Chipsley was the end result."

The idea for the cute character came to Benny in 2006 but was only formally made public in 2013.

Surprisingly, the driver has no formal background in design.

"I did not study design at school, but picked it up through several courses and attained design-related certifications from those," he said.

His labour of love has paid off and the characters' growing popularity is testament to that. However, Benny has bigger goals for them.

"I’ve received a lot of positive feedback on Chipsley since its inception," he said.

"I believe that with the right exposure, Chipsley can become a national character and household name among Singaporeans.

"With the right push, Chipsley can even become popular globally, which will put Singapore - a tiny red dot - on the animation or design map.

"Through Chipsley, we want to spread love - among family and friends - and at the same time, showcase positive character traits such as persistence.

"This attribute of not giving up when faced with obstacles is especially relevant now, during the COVID-19 period."

So far, Benny's favourite collaboration has been with Snow City. 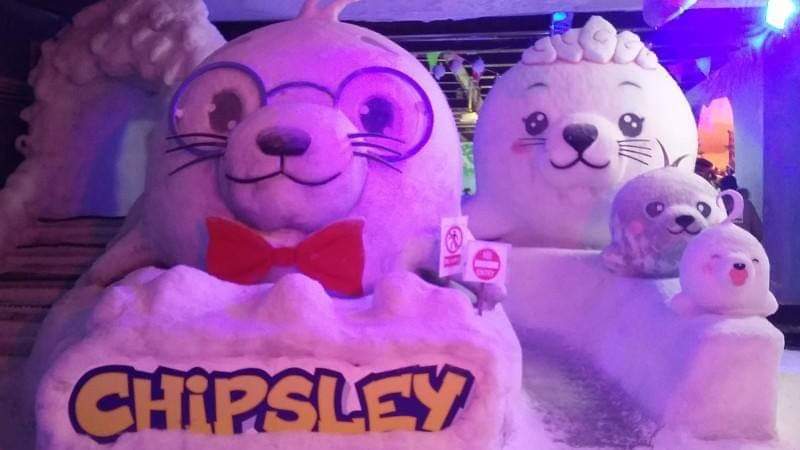 "We created a Chipsley-themed section, comprising majestic snow sculptures of Chipsley and family," he said.

As for what's next, Benny shared that a Chipsley Virtual Run is in the pipeline and will be organised by PinkApple, the same organisers behind the Hello Kitty Run in 2019.

"There will also be a launch of our very own Chipsley range of jewellery by Lush Addiction, where people will soon be able to own a piece of Chipsley!"

A spokesman from Gojek said: "At Gojek, our driver-partners’ success is key to our success.

"There are many reasons for becoming a driver.

"Whatever our drivers' reasons are, we are committed to supporting them in achieving their goals.

"This means providing earnings stability, and a safe and trusted work environment, to help them get closer to their goals every day, with every ride.

"We are also happy to explore collaborations with our driver-partners and their passion projects, in the spirit of bringing greater benefits to our users."

Related Stories
S'porean man who endured 'crisis after crisis' releases MV about Holding It Together
Talented boy who's almost two years old will steal your heart with his harmonica
Here's what you never knew about our elite STAR officers and their gruelling training
More About:
Gojek
talent
talented