Abusive passenger hits bus driver's face while he is driving, causing his spectacles to fall off 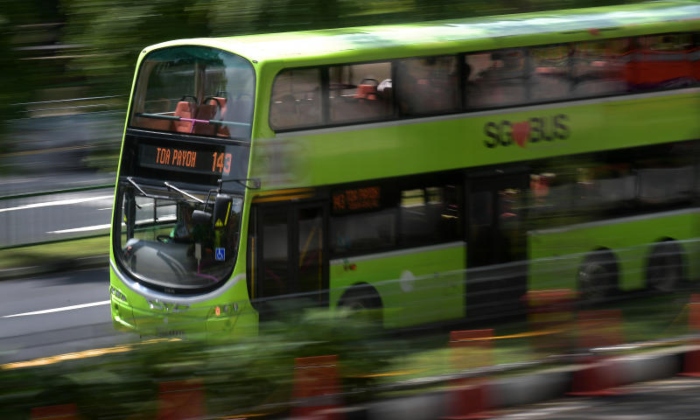 A bus passenger who missed her stop attacked the driver of the moving vehicle, because she believed he had purposely failed to let her alight.

Tan Chun Feng had accused Tower Transit bus driver Chong Kok Liang, 34, of bullying her before she abused him with vulgar language.

She also pulled Mr Chong’s left arm and hit his face while he was driving, causing his spectacles to fall off.

Tan, 38, was jailed for eight weeks on Wednesday over one count each of harassment, mischief and performing a rash act.

The court heard that Tan had boarded service 143 at Toa Payoh Interchange at about 10.30pm on Oct 17, but missed her stop near Keppel Distripark in Kampong Bahru Road about 20 minutes later. Unhappy, she confronted Mr Chong and used her mobile phone to record a video of the exchange, claiming that he had bullied her.

She also abused him with vulgar language.

Deputy Public Prosecutor Chong Yong said: “Realising that the victim was wearing a mask at the time and thus she would not be able to identify him in the video recording she was trying to make, the accused reached forward to pull the victim’s mask off. The victim tried to fend off the accused using his left arm.”

The bus driver was attempting to change lanes around five minutes later when Tan pulled his left arm and hit the left side of his face, causing his spectacles to fall off.

Another commuter stepped in and escorted Tan away from the victim, who stopped the bus. Police arrested her soon after.

The prosecution said that Tan’s antics endangered the safety of the other commuters in the vehicle.

Tan was in a lock-up at the Police Cantonment Complex, but was transferred from a normal cell to a padded one as she was seen to be behaving erratically.

It cost $1,638 to repair the damage she caused to the padding.

For performing a rash act that could endanger the safety of others, an offender can be jailed for up to six months and fined up to $2,500.