Woman shouts at bus captain after being told to wait: 'I don’t need to listen to you!' 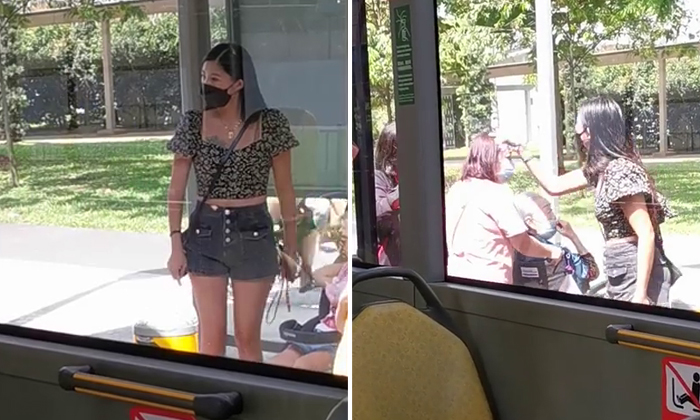 A quick misunderstanding between a bus captain and a woman turned into an ugly moment after the woman lost her temper and shouted at the bus captain.

A 7-second clip of the incident at a bus stop in Punggol has been widely shared online and netizens have been quick to condemn the woman, pointing out that the bus captain was only doing her job.

The video was taken by a passenger on board the public bus.

Updated: threatened message received in FB by the lady in video (i suppose) and also Cindy Lee (random people). Bus...

According to the post, the woman was boarding the bus with two children and a helper, who was pushing a stroller.

As there was also an elderly on a wheelchair alighting via the rear door, the bus captain told the woman's helper that they needed to wait.

“You are a bus driver. I don’t need to listen to you,” the woman yelled in Mandarin and English.

Many expressed their outrage at the woman's behaviour. 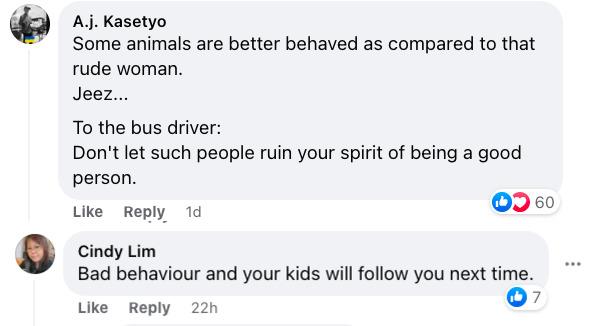 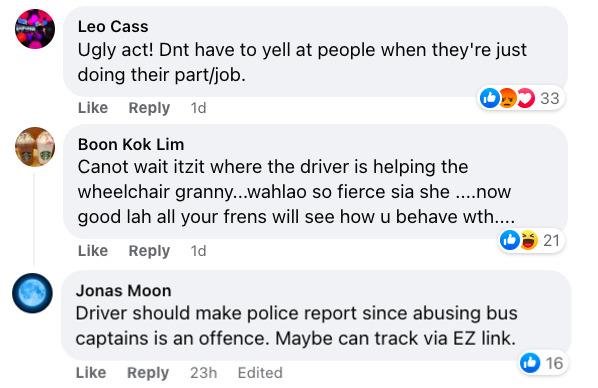 A spokesman from bus operator Go-Ahead Singapore said they were aware of the incident.

"Bus captains are fully aware of the available space and capacity of their buses best, we seek commuters’ understanding to cooperate with them in ensuring an inclusive journey for all," the spokesman said.

Related Stories
Passengers pull down masks to eat ice cream, taunt bus captain: 'Drive carefully can or not?'
Elderly man hurls vulgarities at bus driver for not stopping for him: 'Do you know who am I?'
Woman blocks bus with her car, gestures rudely at bus captain for not giving way to her at Aljunied Road
More About:
dispute
rude
Bus